An article by Dr Karol Horodecki from the University of Gdańsk’s Institute of Informatics and the National Quantum Information Centre has been published by the prestigious scientific journal Nature Communications.

So far the only known such method of communication which deals with specific distortions is difficult to perform and has as yet not been put into practice. The method employs intermediaries: a sender (traditionally Alice) communicates with an intermediary (Charlie) who in turn communicates with a receiver (Bob). In this solution Charlie helps Alice and Bob communicate. This method is known as quantum repeaters and may provide the key to quantum Internet.

An international team of researchers from centres in Spain (Stefan Bӓuml and Andreas Winter), Denmark (Matthias Christandl) and Poland (Karol Horodecki) have posed the following question:  Do methods exist which allow for safe long-distance communication analogous to the method of quantum repeaters i.e. quantum key repeaters? And in particular, do such methods exist as regards other types of distortions which do not allow for maximally entangled states? Here safe communication is understood as something which cannot be overheard by a non-trusted individual. In their attempts to answer this question, the researchers explored the limits of communication protected by the all-dependable physical theory of quantum mechanics. In their paper entitled “Limitations on Quantum Key Repeaters” the authors indicate the fundamental limitations to the effectiveness of such methods. According to the article, there are situations in which, although Alice and Charlie can communicate safely, as can Charlie and Bob,  there is no such method which would allow for the creation of an effective and secure cryptographic connection between Alice and Bob.

This fundamental result has at least two significant aspects. The first of these, described above, takes the form of a practical limitation. The second is the revision of the problem of safe long-distance communication which, as the authors indicate in the final part of the paper, leads to new and surprising  conclusions: in a situation in which safe communication would seem too costly, it can be provided through other, cheaper means.

These results were obtained on the basis of quantum information science, a new interdisciplinary field which employs the laws of quantum mechanics in order to process information.

Link to the article: 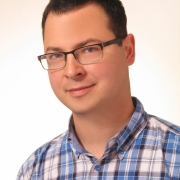