Professors Grzegorz Węgrzyn (Vice-Rector for Research, Faculty of Biology) and  Elżbieta Niemirycz (Faculty of Oceanography and Geography, head of the Laboratory of Persistent Organic Pollutants) have been chosen to represent the Polish academic world in group mentoring work (so-called wise men/women) in the Baltic Sea Network project supported by the Ministry of Science and Higher Education.

Prof. Elżbieta Niemirycz received support from the Ministry of Foreign Affairs in 2014 for her participation in this initiativeat the request of the Marshal of the Pomeranian Voivodeship. The University of Gdańsk will be the flagship Polish university in this project and one of several in the Baltic region.

The role of the mentor group will be to monitor the emerging project and evaluate it critically, in order to comply with common policies in the field of education and science in the entire Baltic macro-region.

Baltic Sea Network (BSN) is a programme of the Council of the Baltic Sea States and the Ministry of Science and Research of the city of Hamburg.  All countries which lie on the Baltic are members of the council (Denmark, Estonia, Finland, Lithuania, Latvia, Germany, Poland, Russia, Sweden), as well as Iceland, Norway and the EU. On 1 July 2015 Poland assumed the council presidency for one year after Estonia. As Vice-Minister Henryka Mościcka–Dendys announced, Poland will perform its presidency in line with three priorities: sustainable development, culture as a constructive tool in socio-economic development and civic security. The Council of the Baltic Sea States is an organisation based on well-founded and well-oiled structures, with unique experiences and a broad network of experts. It allows for continued pragmatic co-operation and the maintenance, in many areas, of interpersonal contacts, which in turn influence the living conditions of the region’s inhabitants.

More information on the CBBS and BSN can be found at: www.baltyk.msz.gov.pl 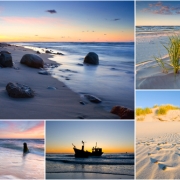