The Bruno Schulz Calendar, a book of Freeimages photography and Griffin’s Nest: A Dictionary of Kashubian Symbols, Cultural Memories and Traditions are projects iniatiated by UG staff which have been awarded funds in the “Tradition” competition, which is run as part of the National Project for the Development of the Humanities. Project leaders are Deputy Research Dean of the Faculty of Philology Prof. Stanisław Rosiek and head of the Social Anthropology Division at the Faculty of Social Sciences Prof. Cezary Obracht-Prondzyński.

A total of 520 applications were received over one month for the two modules “Traditions” 1.a and “Tradition” 1.b. The popularity of the competition went hand in hand with the high standard of entries. For this reason, the Council of the National Project for the Development of the Humanities together with the Ministry of Science and Higher Education, decided to raise the initial budget by over 9 million zloty. Forty-seven projects were awarded funding.

“Tradition”, the first competition in the new edition of the National Project for the Development of the Humanities, allows funding for humanistic research which is important for all of us. “Only by looking carefully at the past can we learn something about the future”, says the Minister of Science and Higher Education Prof. Lena Kolarska-Bobińska, “Research into the work of outstanding artists, writers or musicians, uncovering less well-known personalities, studying ideas or working on historical dictionaries – all of this enriches our knowledge and identity and leads to the expansion of science.”

The projects entered for the “Tradition” competition are designed to popularise and explore Polish cultural heritage. The entries mostly related to the work of familiar or less familiar artists, analyses of historical issues or work on archives and calendars. Entries were divided into long-term projects (“Tradition” 1.a) and those of lesser scale and scope (“Tradition” 1.b).

Among the best projects to be funded were two led by UG research staff. The Department of Philology entered a project headed by Prof. Stanisław Rosiek, A Calendar of the Life, Work and Critical Reception of Bruno Schulz, which received 1,889,160 zloty, while Prof Cezary Obracht-Prondzyński’s Griffin’s Nest: A Dictionary of Kashubian Symbols, Cultural Memories and Traditions,submitted by the Kashubian Institute,received 734,600 zloty.

“Tradition” is the first of three competitions announced as part of the new format of the National Humanities Programme. It was introduced by Minister Lena Kolarska-Bobińska after a Round Table of the Humanities at which the National Humanities Council had presented its suggested modifications to the programme. Previously, only one competition composed of three parts had been announced, while at present there are three independent competitions, devoted to the diverse requirements of the Polish humanities –  the already completed “Tradition”, “Development” for which entries closed in May and “Internationalising”which is open until 31 July 2015. 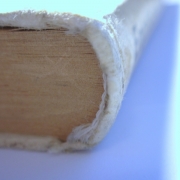