We have covered 34,375 km for the UG! | University of Gdańsk | Uniwersytet Gdański

We have covered 34,375 km for the UG! | University of Gdańsk | Uniwersytet Gdański

The competition "Kręć kilometry dla UG", highly popular with university students and staff and organised as part of the European Cycling Challenge, has come to an end. First place went to Mateusz Knitter who covered 2,252 km, second place to Mirosław Grabowicz with 1,542 km and third place to Joanna Stundzis  with 1,428 km.

All prizes were awarded on 12 June 2016 at 11:15 at the junction of Rajska and Heweliusza streets during the Finals of the European Cycling Challenge. After the ceremony the 20th Grand Cycling Rally 2016 took place.

It should also be added that Gdańsk took first place in the European Cycling Challenge (825,550 km), and the University of Gdańsk second place amongst teaching institutions.

We would like to thank all participants for their involvement and encourage you all to embrace a cycling lifestyle!

The Rector of the University of Gdańsk, Professor Dr hab. Bernard Lammek, was Honorary patron of the competition and also funded the prizes.

The event was organised by ALTERNATOR, the UG’s Academic Culture Centre. 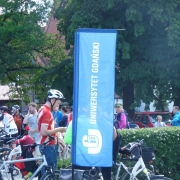 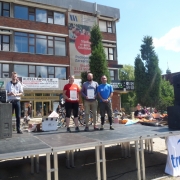 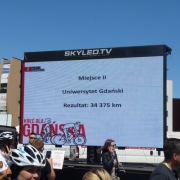 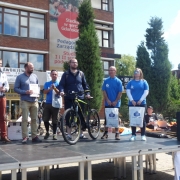 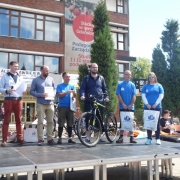 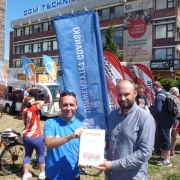