31 May 2016 at the Faculty of Management saw the celebrations to mark the end of the second series of classes of the Children’s University of Economics (EUD) at the University of Gdańsk. The classes, comprising a series of six meetings, were held between 15 March and 31 May 2016.

During the summer semester the youngest students participated in the following lectures and workshops entitled: Internet Marketing, The Role of the Bank in Economy, Me – an Ideal Group Leader!, Ecological therefore Trendy, A Magic Money-Making Mill and The World’s Most Admired Companies. Parents and guardians also had the chance to take part in lectures for adults, held simultaneously and devoted to topics such as modern education, parent-child negotiations in a form of a creative dialogue or methods for providing support for the child’s soft skills. Other lectures for parents focused on economic aspects and concerned the influence of mass media on a child’s personal development.

The lectures for parents and guardians were conducted by lecturers from the Faculty of Social Sciences and the Faculty of Economics: Dr Natasza Kosakowska-Berezecka, Dr Adam Jagiełło-Rusiłowski, Prof. UG Dr hab. Anna Zawadzka and mgr Agata Olechnowicz.

On 31 May, during the last day of classes, students completed an economics test. We have the pleasure to announce that the prize winners of the second series of EUD classes were:

Congratulations! Alex Barczak, is a double winner in that he also won the first series of the EUD.

The classes will continue in the winter semester of the next academic year. Admissions for the third series of the EUD at the University of Gdańsk will be held in September 2016 and will require the completion of an online form available at:  www.uniwersytet-dzieciecy.pl.

Detailed information on the Children’s University of Economics, timetable of classes for children and parents, photo gallery and videos from the first and second series of the EUD at the University of Gdańsk are also available at: www.uniwersytet-dzieciecy.pl.

The Children’s University of Economics (Ekonomiczny Uniwersytet Dziecięcy) is a national project aimed at providing education in Economics to students of the 5th and 6th forms of primary school. The project is co-organised by leading academic institutions, the Foundation for the Promotion and Accreditation of Economic Education and the strategic partner  – the Narodowy Bank Polski. The project’s honorary patron is the Minister of National Education. 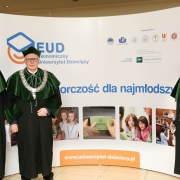 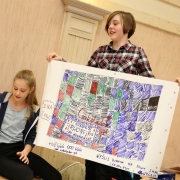 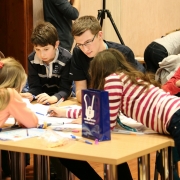 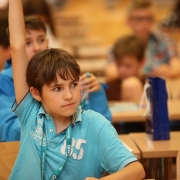 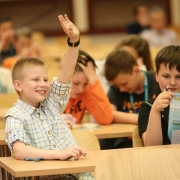 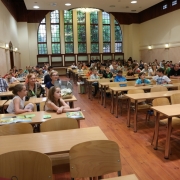 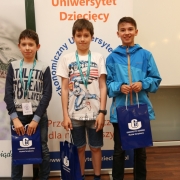 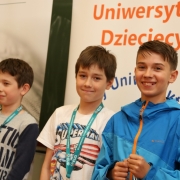 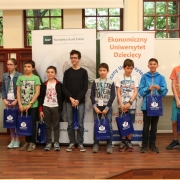