The Finals of the Polish Academic Beach Volleyball Championships were held between 17 and 19 June 2016 on the beach in Gdynia. The competition was organised by the University of Gdańsk’s Academic Sports Association Club in conjunction with the Gdańsk AZS Sports Association and the Gdynia Sports Centre.

It must be said that on the Friday before the competition very few believed that the weather would allow the finals to take place. Torrential rain, winds and storms in Gdynia prevented the teams which had arrived early in the Tri-City from conducting their morning training. Fortunately, on Saturday the weather improved greatly, the sun came out and the competition could proceed unhindered.

The event proved successful from the organisational and sports point of view. The UG’s Academic Sports Association (AZS) volleyball players won silver medals in the Polish Academic Championships in Beach Volleyball  in both general and university ranking. 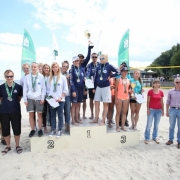 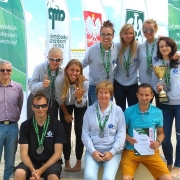 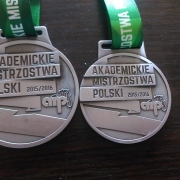