“Sail the seas and oceans. Praise the name of the Polish shipbuilder and academic. I hereby name you the OCEANOGRAF ”, with these words Dr Barbara Szczurek, godmother of the UG’s ship, completed the naming ceremony. The catamaran, constructed for the UG’s Faculty of Oceanography and Geography, will be one of the most modern research vessels to sail under the Polish ensign. The vessel, fitted with specialist equipment for interdisciplinary research into the environment of the Baltic Sea, will be mainly used for scientific research and student training.

The ship was built by the consortium of NAUTA S.A. and CRIST S.A. under the supervision of the Polish Register of Shipping.

The naming ceremony, with the participation of guests, took place at the NAUTA Shipyard.  The godmother is Dr Barbara Szczurek, a graduate of the University of Gdańsk.

The Rector of the University of Gdańsk, Prof. Bernard Lammek, underlined that the UG’s cutting edge vessel strengthens the institution’s research potential and at the same time serves as a consistent fulfilment of the university’s idea of “in mari via tua”. “We are following the marine path and trying to strengthen the marine potential of our region. It is important for us that the Faculty of  Oceanography and Geography has been and will remain linked to Gdynia”, he added.

Prof. Waldemar Surosz, Dean of the Faculty of Oceanography and Geography, stressed that the OCEANOGRAF is the fulfilment of the dreams of many years of oceanographers who studied at the University of Gdańsk. “This modern vessel will allow us to improve the quality of the research we conduct, which will in turn open up new possibilities for the university, including the potential to carry out monitoring tasks for the private sector”. Prof. Natalia Gorska, Director of the UG’s Institute of Geography  added that the naming ceremony of the UG vessel is a source of great joy not only to the Faculty’s academics but also to all oceanographers.

Chairman of the NAUTA Shipyard’s Management Board, Sławomir Latos, stated that from the perspective of the shipyard, cooperation with the academic environment is of great importance and that the building of the new vessel for the University of Gdańsk was a wonderful challenge.

The ceremony was also attended by the Voivode of Pomerania Dariusz Drelich who read a congratulatory letter from the President of the Republic of Poland Andrzej Duda; Vice-Minister of Maritime Economy and Inland Navigation Paweł Brzezicki and the Mayor of the City of Gdynia Wojciech Szczurek.

Thanks were expressed to all who provided backing to the ship’s construction − the Ministry of Science and Higher Education which provided funds; local government and Voivodeship authorities; and most of all to the shipbuilders who put a great deal of effort and heart into building the ship for the University, and to the UG’s academic community, especially employees of the Institute of Oceanography and central administration who all heartily supported the project from the very outset.

Information on the ship:

The catamaran, constructed for the UG’s Faculty of Oceanography and Geography, will be one of the most modern research vessels to sail under the Polish ensign. Fitted with specialist equipment for interdisciplinary research into the environment of the Baltic Sea, the vessel will be mainly used for scientific research and student training.

Given the extensive range of research to be carried out (biological, chemical, physical and geological research into the sea), the vessel will combine various research and didactic functions. It uses a twin-hull construction to minimise the angle of inclination, which is particularly important for conducting research at sea, since any unintended movement of the vessel may affect measurements. Apart from specialist laboratories and a multimedia seminar room for students, the ship also houses a location designated for the observation of marine mammals and birds.

The ship is 49.5 metres long and 14 metres wide and can reach a speed of 12 knots. It is 3.8 m in height and can carry a maximum of twenty people. The vessel will sail the Baltic Sea but other regions have not been ruled out.  It has a range of 2,500Mm at economic speed and can be deployed for up to 21 days. Its home port will be Gdynia. It has also been designed for fishing and with this purpose in mind, fishing equipment has been installed at the rear work area and trawl and net winches have been fixed to the hull. A hold for fish with its own ice generator has also been anticipated.

Apart from the extensive on-deck, fishing and research equipment, the ship will also provide a high social standard, rare for this type of vessel. The ship will contain 9 double cabins, 1 single cabin for the head of the research team, captain’s cabin, galley, mess, pantry, laundry and drying room and food storeroom. All cabins will be equipped with bathroom facilities and monitors linked to a computer network.

The University of Gdańsk’s Institute of Oceanography and Geography conducts interdisciplinary scientific research in the coastal zone of shelf seas. The research focuses mainly on the region of South Baltic and the Bay of Gdańsk but also on polar regions. Thanks to the research the Institute gathers and develops the knowledge necessary for supporting the sustainable development and protection of the marine environment. The Faculty of Oceanography and Geography currently has 1,454 students and doctoral students. 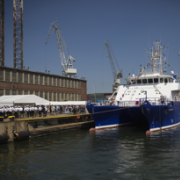 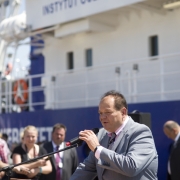 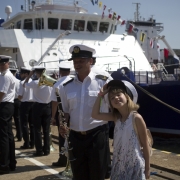 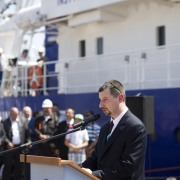 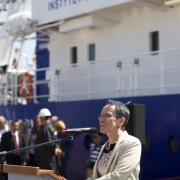 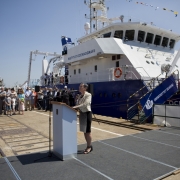 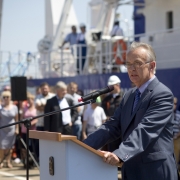 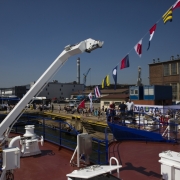 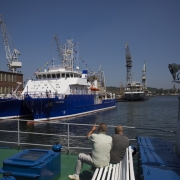 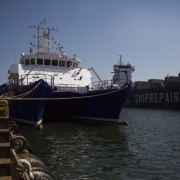 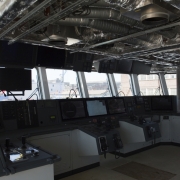 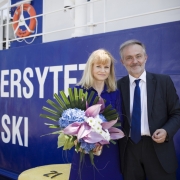 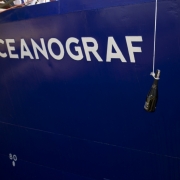 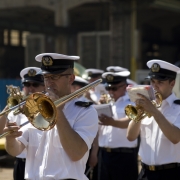 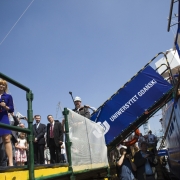 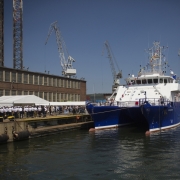 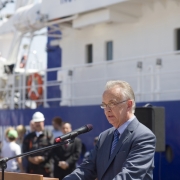