“The impossible within arm’s reach” – Picnic of Inspiration in Iława

On 24 September 2016 in Iława the second Picnic of Inspiration was held on Mały Jeziorak lake, during which pre-school and school children and lower secondary school pupils had the chance to acquaint themselves with, and experience in an inspiring way, what the exact sciences are all about.

The event, organised by the local Town Council, Culture Centre and the Centre of Sport, Tourism and Leisure, brought together numerous scientific circles from selected universities, including the University of Gdańsk.

Our university was represented by: the Speech Therapy Scientific Circle, the Oceanography Scientific Circle and the ‘Kolor’ Scientific Circle. The Speech Therapy Circle, apart from organising language quizzes and word and rhythm games, also provided integration games with a Klanza sheet, a gigantic soap bubble display and even cookies with exercises in speech therapy. Free speech therapy advice was also offered to parents with children. The members of the Oceanography Scientific Circle had prepared plenty of puzzles and games to explore the ecosystem of the sea and brought with them examples of organisms which live in the Baltic. The children could also admire the microorganisms of the littoral zone of the Baltic Sea under a microscope. The ‘Kolor’ Scientific Circle presented the basics of building robots and a computer programme to operate them.

The highlight of our participation in the event was a prize (in the form of a tablet) for the best stall, which went to the Speech Therapy Scientific Circle. Congratulations!

The Picnic of Inspiration ended at 9 p.m. with a laser display held at the Louis Armstrong Amphitheatre. It was an incredible day, filled with scientific inspiration and experimentation. 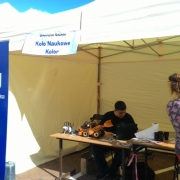 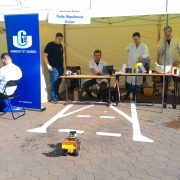 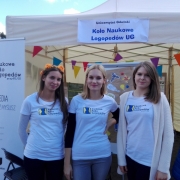 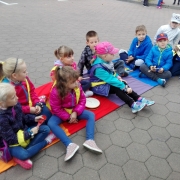 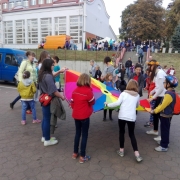 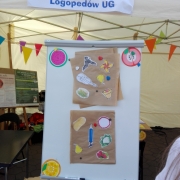 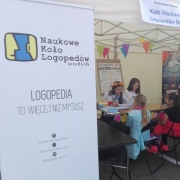 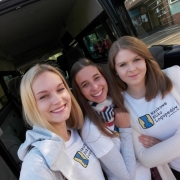 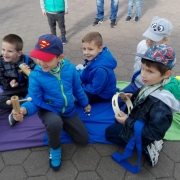 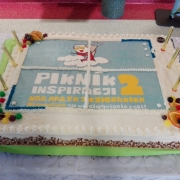 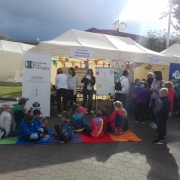 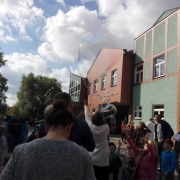 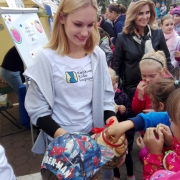 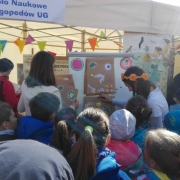 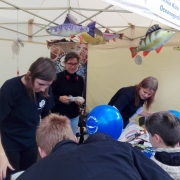 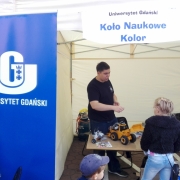 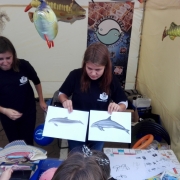