The Biological Station of the UG’s Faculty of Biology would like to announce the grand opening of the second stage of the Dune Laboratory, which took place on 13 October 2016. The aim of the project was to create an artificial dune which would be used for the preservation of dune species, including protected species, research into the survival and development of plants found in sandy soil (psammophytes) and for educational purposes.

Organisers: Biological Station of the UG’s Faculty of Biology

The “Dune Laboratory” is a project run by the Biological Station since 2013. The grand opening of the first stage of the Laboratory took place on 6 May 2014, with the first species of dune plants introduced: the European beach grass, the sea pea, the beach wormwood, the festuca, and the dwarf everlast. The Marshal of the Pomeranian Voivodeship Mieczysław Struk has granted the project his patronage, with the DCT Gdańsk SA Container Terminal and the Foundation for the Development of the University of Gdańsk as partners.

In May and October 2014 the Station’s partners, together with employees and students of the UG’s Faculty of Biology, took part in replanting dune species from an area designated for the expansion of the Container Terminal. In 2015 classes were held in the artificial dune for students and pupils from the Tricity and the environs. Essential maintenance work and research were conducted as part of an MA thesis concerning the biology and general condition of the meta-planted species (meta-planting consists in moving plant specimens to a new, safe location).

The end of 2015 saw the emergence of the “Dune Laboratory II” project, concerning the expansion and modernisation of the dune surroundings. Work with the use of heavy machinery lasted nearly a month. A layer of soil over 20-centimetres deep was removed, the area was lined with geo-textile mesh and covered in 3.5 thousand tonnes of beach sand. All this was done so that the artificial dune and the area around it could provide the most faithful imitation of the natural coastal habitat. At the end of June and beginning of July 2016 work commenced on the technical infrastructure such as platforms and fences surrounding the area of the Dune Laboratory.

The educational and didactic objective of the Dune Laboratory is to collect information on the species typical for the coastal area, their structural adaptation and life functions, as well as their significance to the ecosystem and environmental protection. The objective can now be implemented thanks to the artificial dune and the resulting direct contact with the habitat created.

13 October 2016 marked the grand opening of the “Dune laboratory II” under the honorary patronage of the Marshal of the Pomeranian Voivodeship Mieczysław Struk.

The Station’s history and activity

In the Free City of Danzig, the current Biological Station was a marine port-cum-airport, with the main building housing a restaurant and departure hall. In the late 1920s the port maintained regular connections with Kalmar and Stockholm and was used by Lufthansa.

The Station initially belonged to the Institute of Medical Biology of the Medical Academy in Gdańsk, and since 1971 it was part of the Faculty of Biology and Earth Sciences of the University of Gdańsk. At present the Biological Station is a didactic unit of the UG’s Faculty of Biology, with the main focus on environmental education. The Station holds outdoor, field and laboratory classes for students of the Faculty of Biology and the Faculty of Chemistry of the University of Gdańsk, as well as nature workshops for children and teenagers, training sessions, exhibitions, picnics and meetings of the local communities and institutions related to the protection of the environment of Sobieszewo Island. 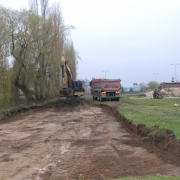 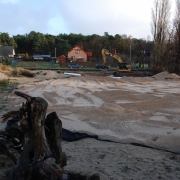 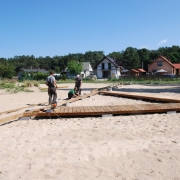 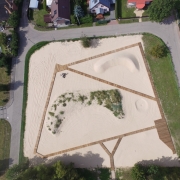 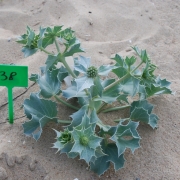 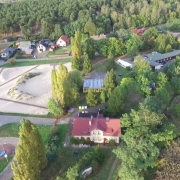