Nørre Sandegård Vest cemetery in the north-eastern part of Bornholm has been under investigation since the 19th century and is one of the best known and richest cemeteries from the period between the 6th and 8th century (the Vendel period). The research conducted here in the 1980s was supposed to be the last, since archaeologists assumed at the time that the site had been thoroughly investigated. The accidental discovery of a female burial site in 2013 became the starting point for new research.

The work conducted in 2014 and 2016 established that the cemetery had covered an area much larger than had previously been assumed.

As a result of the research conducted since 2013, over 30 burial sites have been discovered and investigated, including a number of chamber graves. Male, female and also children’s graves have been discovered. The deceased had been equipped with numerous grave goods. In the case of women the graves contained clothing accessories such as necklaces made of glass beads or brooches. Some graves additionally contained pendants or toiletry utensils. The male warriors were equipped with weaponry including spatha or sax swords as well as knives, spears, shields or decorative belt elements. Some male burial sites also included horses.

The manner in which the graves had been equipped or laid out, as well as the location of the cemetery itself, points to the significance the site once held for the local community, as it became a burial site for the elite of the age. 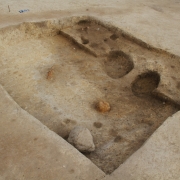 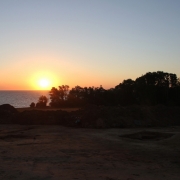 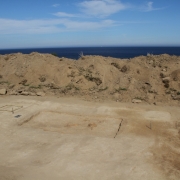 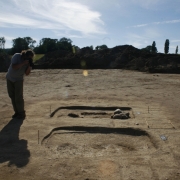 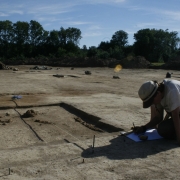 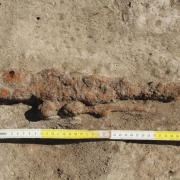 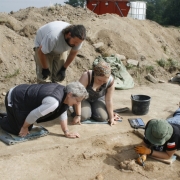 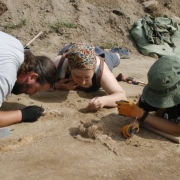 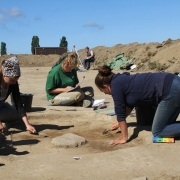 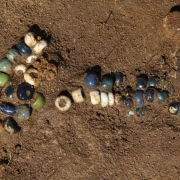