The dancers represented Poland in the International Folk Dance Competition which brought together 19 groups from 18 countries. Jantar reached the finals in which it was awarded a distinction. The success is all the greater given the fact that the three first places on the podium were taken by groups which dance professionally.

Jantar’s dance duo ─ Natalia Okuniewicz and Paweł Krok also took part in the Cheonan World Dance Competition ─ Solo & Duet), in which they were the only dancers from Europe to qualify for the finals, and won the special prize.

The greatest surprise came with our representatives coming first in the Funny Dance Battle. Natalia Okuniewicz, Joanna Pytel and Paulina Szymańska were second to none in the creative dance competition.

The University of Gdańsk’s song and dance group Jantar also took part in a grand street parade which drew tens of thousands of spectators. Korea surprised the dance groups with the scale and the excellent artistic level displayed by the festival participants. There were around 30,000 spectators in the audience during the grand opening gala.

The festival’s main events were broadcast live on the internet and so reached a wide global audience. 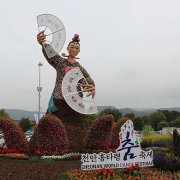 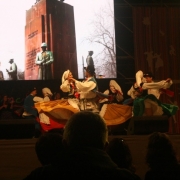 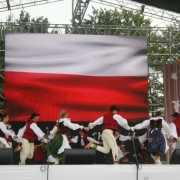 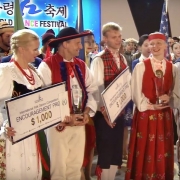 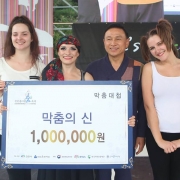