On 8 October 2016 a tree-planting ceremony was held at the UG’s Baltic Campus in Gdańsk-Oliwa, organised by the First Club of Soroptimist International in Gdańsk to mark 20 years of the club’s existence.

The event was a continuation of a 2015 project “Let’s Go Green”. As part of the project by Soroptimist International of Europe, members of clubs from Gdańsk and Cologne planted 6 trees in the grounds of the UG’s Baltic Campus. This year, to mark the occasion of the 20th anniversary of the First Club in Gdańsk, the tree-planting project was joined by Soroptimist International from Kanazawa in Japan.

Amongst others, the event was attended by the Mayor of Gdańsk Paweł Adamowicz and the UG’s Vice-Rector for Development Prof. Krzysztof Bielawski.

Soroptimist International (SI) is an international non-governmental organisation, neutral in politics and worldview. It brings together over 130,000 female members in 126 countries across the world. It cooperates closely with the United Nations and the Council of Europe, where it has its representations.

The SI Club in Gdańsk, active since 1996, is a public benefit organization. The women who are members of SI are professionally active, educated, of high ethical standards and ready to help those in need. They are also responsible, creative and have a proactive attitude to life. All the members are involved in the club’s activity on a voluntary basis. 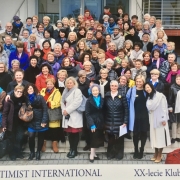 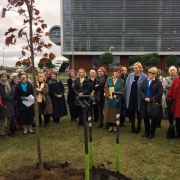 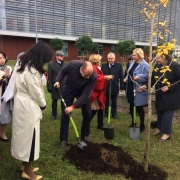