Between 17 and 26 October 2016 the Academic Choir of the University of Gdańsk gave performances in China as part of the “Promoting Polish Culture Abroad” programme.

The choir, under the direction of Prof. Marcin Tomczak, visited Guangzhou in Guangdong Province in the south of China where, amongst others, they performed at the North Campus of Guangdong University. The university has a Department of Polish Philology where Chinese students learn Polish. The choir also performed in the Cathedral of the Sacred Heart of Jesus, providing music during a mass celebrated in Chinese. They also presented their repertoire to the Polish community and the Polish Consul to China, Joanna Skoczek. The crowning event of the trip was the final concert, the result of Polish-Chinese workshops, held in the Concert Hall of the Guangdong University of Foreign Studies, during which the UG Choir accompanied by the Chinese Vivace Choir performed a series of songs, including "Kukułeczka kuka" (“The Cuckoo is Singing”), entirely in Polish!

Apart from concert halls, our thirty-strong choir also had the chance to perform in unusual places including a ship, the underground, a park or in the street. A short video from the UG Choir’s visit to China can be viewed at: https://vimeo.com/190498090

The project was partly financed by funds from the Ministry of Culture and National Heritage of the Republic of Poland. 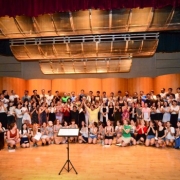 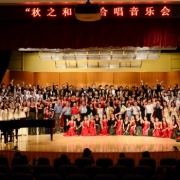 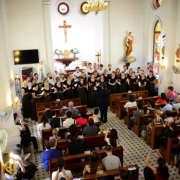 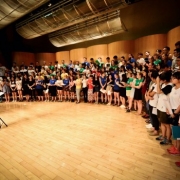 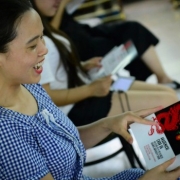