Professor Jerzy Zajadło from the University of Gdańsk, an outstanding lawyer and philosopher specialising in the theory and philosophy of law, has been awarded the 2016 City of Gdańsk’s Jan Heweliusz Award for Scholarship in the category of the Humanities and Social Sciences. This award, the most important in Pomerania, was given to the professor for his “theory of hard cases in law”.

The winner in this year’s category of the Natural and Exact Sciences was Professor Kazimierz Darowicki PhD Eng. from Gdańsk University of Technology.

The prize-giving ceremony took place on 28 January 2017 in the Main Town Hall in Gdańsk.

The City of Gdańsk’s Jan Heweliusz Award for Scholarship, also known as the Pomeranian Nobel Prize has been awarded since 1987 to members of Gdańsk’s academic community for outstanding scientific achievement.

Prof. Dr hab. Jerzy Zajadło, lawyer, philosopher and academic, is a specialist in the theory and philosophy of law. From the outset, his career has been linked to the University of Gdańsk and he is currently head of the Department of Theory and Philosophy of State and Law at the University’s Faculty of Law and Administration and also head of Doctoral Studies in Law. His expansive academic legacy stands at more than 300 publications – monographs, articles, reviews and encyclopaedic entries, embracing contemporary German philosophy of law, the philosophy of international law and innovative work on so-called ‘hard cases’. His most important works include Filozofia prawa/The Philosophy of Law (Wydawnictwo Naukowe PWN), Filozofia prawa w pytaniach i odpowiedziach/The Phiosophy of Law in Questions and Answers (LexisNexis Polska), Po co prawnikom filozofia prawa?/Why do Lawyers Need the Philosophy of Law? (Wolters Kluwer Polska) and Wymowa prawnicza/Legal Oratory (Wydawnictwo C.H.Beck). He is primarily interested in issues of natural law, initially as part of the so-called modern school of natural law of the 17th and 18th century and at present mainly against the background of contemporary German philosophy of law. He is one of a select few individuals to find time to popularise awareness of law in a range of magazines. He is also a corresponding member of the Polish Academy of Learning in Cracow and winner of the 2007 Krzysztof Celestyn Mrongowiusz Prize for the University of Gdańsk’s ‘Teacher of the Year’. 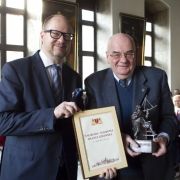 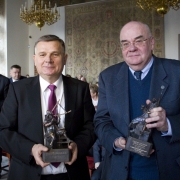 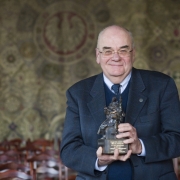