The AZS of the University of Gdańsk reached the finals of the Men’s Futsal Academic Championships of Poland, held in Katowice, where they only just lost to the University of Warsaw 0:1. Tomasz Kriezel from the AZS UG was chosen best player of the event.

With only one goal scored, the finals did not prove to be a spectacular futsal show. As reported by Tomasz Kriezel: “Both teams were already very tired and the match resembled a kind of futsal chess. No-one wanted to lay themselves bare and make a mistake because they all knew that whoever scored a goal would be very close to victory. We didn’t have much luck because any time we attempted to score, the ball would bounce off the posts or the crossbar. All in all, it was us who made the only mistake.”

Despite the disappointment with the finals, it must be stressed that the Academic Vice-Championship of Poland is the UG’s futsal team’s great success. In one year’s time they will have their next chance to regain the title of Polish Champions (which the Gdańsk team received 3 years ago). 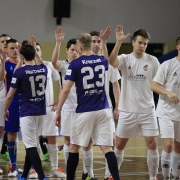 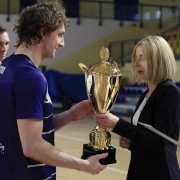 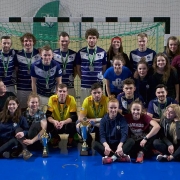