The visit was a result of the Academic Choir’s participation in the performance of Kaczmarek’s monumental work "Emigra - Symfonia bez końca" (Emigre - Symphony without End) which tells the story of emigration and which was performed on 25 February 2017 at the Gdynia Arena. The work was performed by the Polish Chamber Philharmonic Orchestra Sopot (expanded to the size of a symphony orchestra for the occasion), accompanied by ten drum sets.

An audience which filled every last available seat and a never-ending standing ovation were best proof of the fact that the Emigration Museum was right in entrusting the task of composing the piece to Jan A.P. Kaczmarek, an émigré himself, who has thus vividly illustrated the fate of many emigrants. 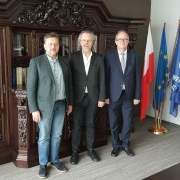 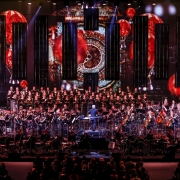 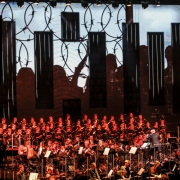 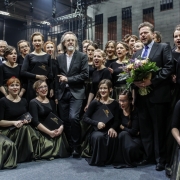 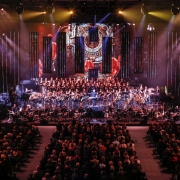 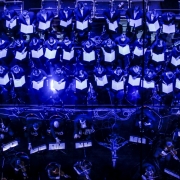 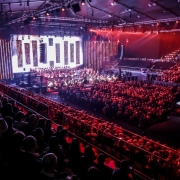 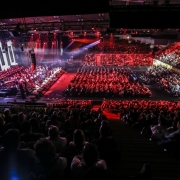