Celebrating 25 years of the UG’s Faculty of Chemistry

The Faculty of Chemistry of the University of Gdańsk has celebrated its 25th anniversary. Although it was established in 1991, its beginnings date back to 1945. The jubilee event was held on 17 March 2017.

During the ceremony numerous guests made short speeches to honour the Faculty’s 25th anniversary, letters of congratulations from across Poland were also read out. A vocal concert by the soprano Anna Osior and the tenor Jacek Szymański, accompanied by Maciej Gański on the piano, added splendour to the celebrations.

It is also worth noting that a special publication has appeared to mark the Faculty’s anniversary – a book entitled “25 lat Wydziału Chemii Uniwersytetu Gdańskiego” (25 Years of the Faculty of Chemistry of the University of Gdańsk), edited by Prof. Jerzy Błażejowski, which is a revised and supplemented version of an earlier publication – “60-lecie uniwersyteckiej chemii w Gdańsku…” (60 Years of Academic Chemistry in Gdańsk).

Brief history of the Faculty

The beginnings of the Faculty of Chemistry date back to 1945 when a two-year Pedagogium was established at ul. Sobieskiego 18 in Gdańsk-Wrzeszcz in buildings erected in 1905-1908 for the Catholic Royal Teachers' Seminary which on 24 September 1946 was converted into the three-year State Higher School of Education (PWSP), and in 1952 into the Higher School of Education (WSP). Chemistry as a field of study began at the Faculty of Natural Science and Geography of the PWSP in the academic year 1950/51 and subsequently functioned as part of the Faculty of Mathematics, Physics and Chemistry at the WSP and the University of Gdańsk (from 1970 to 1991). Finally, on 1 September 1991 the Faculty of Chemistry of the University of Gdańsk was established, with Prof. Jerzy Błażejowski as its first Dean (1991-1996).

At present, it is one of the best faculties of chemistry in Poland, occupying top places in the ranking assessed by the Ministry of Science and Higher Education. The Faculty has been awarded the highest category A for scientific research in acknowledgement of its achievements. Currently the Faculty has 699 students, 113 doctoral students and 120 academic staff. It offers first-cycle and second-cycle studies in Chemistry and Environmental Protection (an interfaculty field of study in cooperation with the Faculty of Biology and the Faculty of Oceanography and Geography) as well as Business Chemistry (conducted in conjunction with the UG’s Faculty of Economics, a course lasting 3.5 years, with graduates receiving the title of engineer). With Chemistry, students can choose a number of interesting specialties such as, for example, biomedical chemistry, cosmetic chemistry, chemical analysis and diagnostics, food chemistry, chemistry and environmental technology. With its experienced staff, the Faculty focuses mainly on innovation and modernity to link the education of students with professional practice and to provide laboratory classes which present the practical application used, amongst others, in industry and medicine.

The UG’s Faculty of Chemistry is also involved in extensive international cooperation with several dozen centres across the world. The research conducted at the Faculty includes the design, synthesis and purification of chemical compounds of potential biological and pharmacological activity; the analysis and assessment of chemical environmental hazards and the technology employed for their removal as well as theoretical and computational chemistry.

Initially the Faculty of Chemistry was based at ul. Sobieskiego 18 in Gdańsk-Wrzeszcz. Since 2013 it has boasted new premises located in the Baltic Campus of the University of Gdańsk in Gdańsk-Oliwa. The Faculty’s new infrastructure was created as part of the project “Erecting the Buildings of the Faculty of Chemistry and the Faculty of Biology of the University of Gdańsk”, co-financed by the European Regional Development Fund within the Infrastructure and Environment Operational Programme. The Faculty, with a total floor space of over 28,000 m², is amongst one of the most modern research and education facilities in Europe. The building complex which forms the new headquarters is an integrated set of didactic, science and research as well as warehouse and storage buildings, housing state-of-the-art research and didactic laboratories, specialist workrooms, seminar and lecture rooms and auditoria as well as computer and administration rooms. 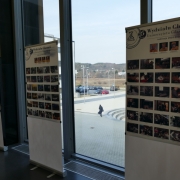 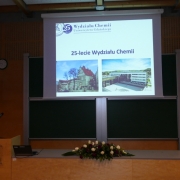 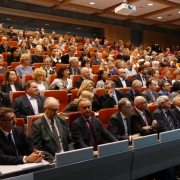 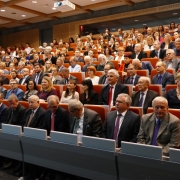 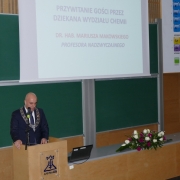 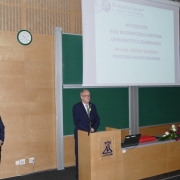 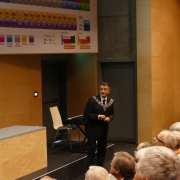 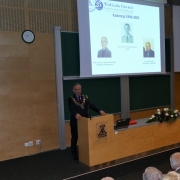 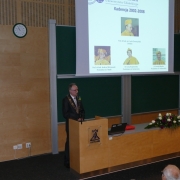 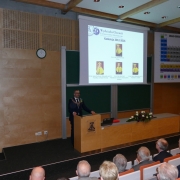 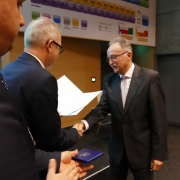 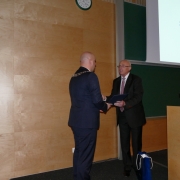 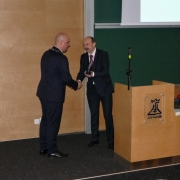 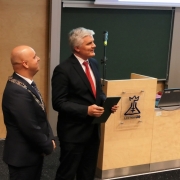 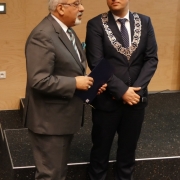 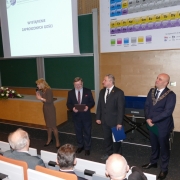 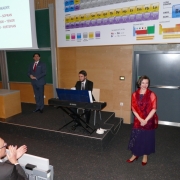 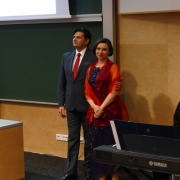