On 8 April 2017 dancers from the groups Animus Saltandi and Trebraruna won a total of 33 medals in three age categories in the Silver Ghillie competition organised by Dutch Pipes and Drums in Tilburg (Holland).

At the same time the 17th Polish Dance Championships were held in Wieliszewo, bringing together 180 couples from all over Poland.

The University of Gdańsk was represented by two couples from the UG’s Song and Dance Ensemble "Jantar", with a great success by Małgorzata and Jacek Piątek who defended their Champions of Poland title in Category VII (40+ age group). A Category VI couple, Natalia Okuniewicz and Paweł Krok, were also successful. After the exciting elimination round, they reached the final where they won 5th place. The coach for both couples is Anna Fel, a doctorate student at the Intercollegiate Faculty of Biotechnology UG & MUG.

Dancers from the UG’s Song and Dance Ensemble "Jantar" take part in many Polish dance competitions, organised all over Poland throughout the year, with the Polish Championships being the most important. This event, organised with the support from the Marshal of the Masovian Voivodeship, is an extremely prestigious dance competition which enjoys wide media coverage. 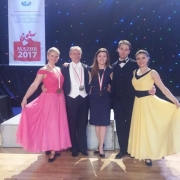 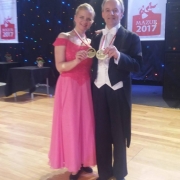 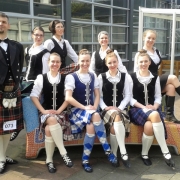 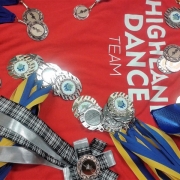 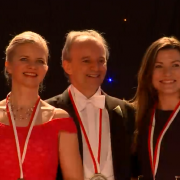 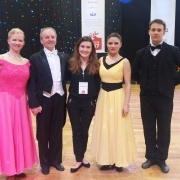