Between 8─12 April 2017 Elbląg witnessed the preliminary round of the UEFA Futsal Cup. The Polish national team with two players from the AZS UG (the University of Gdańsk’s Academic Sports Association) came third and will go on to play for promotion and relegation for the EURO 2018. The AZS UG players ─ Wojciech Pawicki (employee of the UG’s Physical Education and Sports Section and the AZS UG) and Tomasz Kriezel (UG student) played in all three matches of the round.

The round’s final match with Spain will go down in the history of futsal, as Poland had never previously scored against Europe’s current champions. It happened on 11 April 2017 in Elbląg, where after an exciting match Poland drew with Spain 1-1. This result gave our team the right to play for promotion and relegation for the EURO 2018. The AZS UG players Wojciech Pawicki and Tomasz Kriezel played from the start of the game.

Results of the preliminary round: 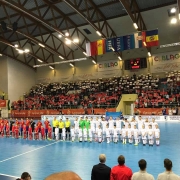 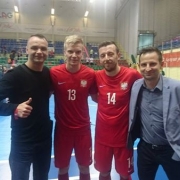 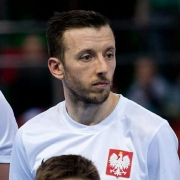