Meeting of partners of the Blue Biotechnology Alliance

The fourth partners’ meeting as part of the ALLIANCE Project (INTERREG BSR) was held between 3─5 April 2017 in Gothenburg (Sweden). The project brings together partners from the Baltic Sea Region interested in so-called blue biotechnology. The meeting was hosted by one of the main Partners in the ALLIANCE Project – the University of Gothenburg.

The first day of the meeting was intended for representatives of partner institutions, with participants discussing current project activities and outlining plans for the immediate future. The ALLIANCE network has already initiated a mentoring programme with regard to 16 selected blue biotechnology ideas. Let us not forget that the UG is a mentor to two cases chosen in the previous calls for ideas.

Establishing an international blue biotechnology database to assist in the development of science and business within this sector is also being considered as part of the project.

The second day was devoted to invited candidates who had applied for the third ALLIANCE call for ideas. Each of them had seven minutes in which to present their idea as well as its innovativeness and goal to a panel of experts. Each candidate also had to deal with questions from specialists.

This time there were six presentations, four of which were so interesting and promising that they qualified as new ALLIANCE network mentees. We are proud and pleased to announce that one of the cases chosen is the idea put forward by Marek Klin, MSc., a doctoral student at the Division of Marine Ecosystems Functioning of the UG’s Institute of Oceanography, concerning the production of biogas in the process of methane fermentation of biomass derived from Baltic microalgae. The Project was granted mentoring by the ALLIANCE Blue Biotechnology Consortium, with the University of Gdańsk and DTI (Danish Technological Institute) acting as mentors.

At the very end, participants were treated to a special attraction in the form of a trip to a marine research station of the University of Gothenburg in Tjärnö as well as a cruise on the University’s research vessel to the the Saccharina algae farm.

Another call for ALLIANCE network ideas is expected to take place in autumn 2017. We invite you to take part! (contact: agnieszka.pacholczyk@ug.edu.pl).

The ALLIANCE project, financed from the INTERREG Baltic Sea Programme 2014-2020, was initiated on 1 March 2016. The ALLIANCE network brings together Baltic Sea Region institutions interested in blue biotechnology. University of Gdańsk participants in the project include the Faculty of Oceanography and Geography, the Intercollegiate Faculty of Biotechnology UG & MUG, the Biological Resource Centre Gdańsk and the Technology Transfer Centre.

Head of the project at the UG is Dr hab. Katarzyna Palińska, associate professor, katarzyna.palinska@ug.edu.pl. 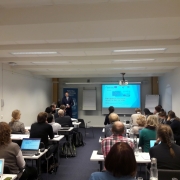 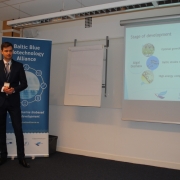 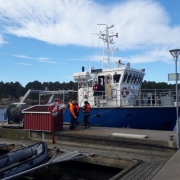 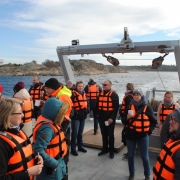 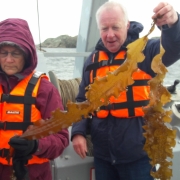