The finals of the Men’s Polish Academic Volleyball Championships were held in Opole between 4 -7 May 2017. The AZS University of Gdańsk’s volleyball team made an excellent appearance, winning the title of Vice-Champions of Poland. Apart from that, coach Edward Pawlun’s team won gold medals in the university ranking.

The road to the medal was a long one, starting with volleyball events as part of the Pomeranian Academic League as early as October 2016. The UG volleyball players finished the regional games in April, winning first place and at the same time advancing to the semi-finals in Poznań where they proved unbeatable yet again and, as one of three teams, went on to play in the grand finals.

The Academic Vice-Championship of Poland in Men’s Volleyball is the greatest success in the history of the new game system. 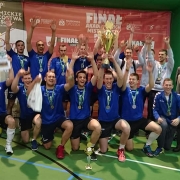 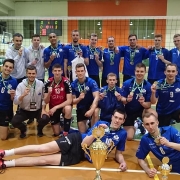