On 17 May 2017 the Rector of the China Youth University of Political Studies (CYU) in Beijing, Mr Lin Wei, accompanied by a delegation, paid a visit to the University of Gdańsk.

The visit began with a meeting at the Confucius Institute, which is run by the University of Gdańsk in conjunction with the CYU. Rector Lin Wei and Vice Rector for Research Prof. Stepnowski formally opened a new unit at the Confucius Institute, the Centre for Studies and Culture, which will deal with translation and the promotion of the culture and language of China as well as Poland.

The delegation then met at the Rector’s Office where Rector Lin Wei and Prof. Stepnowski signed an agreement on establishing the School of Chinese Law at the UG’s Faculty of Law and Administration. 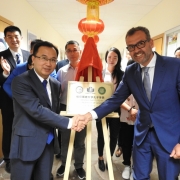 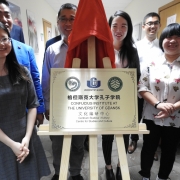 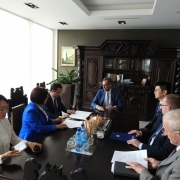 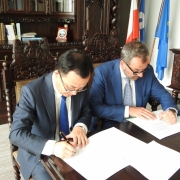 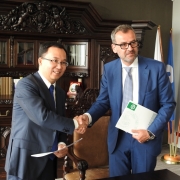 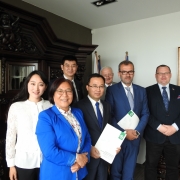 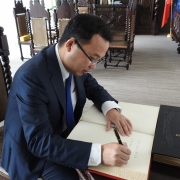 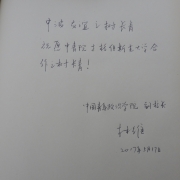