Between 20 ─ 27 May 2017 members of the UG’s Jantar Song and Dance Ensemble represented Poland at the 2nd International Congress of Folklore "Dança e Tradição" in Passo Fundo, Brazil. The Congress, which takes place every two years, is organised by the Brazilian Federation for Folk Arts and FIDAF America. This year, the UG’s Jantar Song and Dance Ensemble was the only European representative, the other countries being Peru, Chile, Mexico, Costa Rica and Argentina. For this reason, Polish folklore proved very exotic and drew the attention of the audience.

Apart from their participation in the Congress, members of the ensemble were also implementing an educational project. The dancers travelled across the state of Rio Grande de Sul, visiting schools, community centres and municipal offices, presenting their native folklore, teaching dance basics or talking about their national traditions and answering questions. They also took part in meetings at the University of Passo Fundo and the Centre for Foreign Languages. The UG’s Jantar Song and Dance Ensemble was represented by Anna Fel, Katarzyna Świerk and Paweł Krok. Project partner was the LOTOS Foundation. 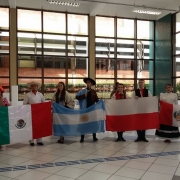 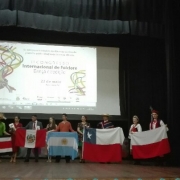 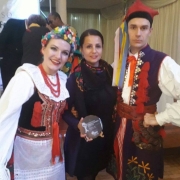 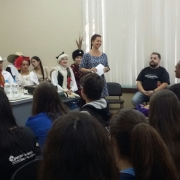 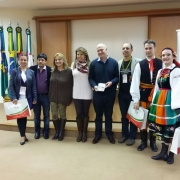