“Cycle for Gdańsk” – University of Gdańsk in second place

The University of Gdańsk has come second in the Higher Education Institutions category in the competition “Cycle for Gdańsk / Kręć kilometry dla Gdańska – European Cycling Challenge” with a total of 26,233.5 km covered, behind Gdańsk University of Technology (48,353.6 km) and ahead of the Medical University of Gdańsk (9,830.9 km).

As part of the European Cycling Challenge, the UG’s ALTERNATOR Academic Culture Centre organised the “Cycle for the UG” competition which enjoyed the active participation of numerous university students and staff under the patronage of the Rector of the University of Gdańsk, Prof. Jerzy Gwizdała.

First place in the “Cycle for the UG” competition went to Mirosław Grabowicz (UG employee), who covered 2,523 km, second place to Joanna Piechowiak (UG student) with 1,952 km and third to Joanna Krajewska (UG doctoral student), with 1,138 km. The Rector of the UG funded prizes for the winners − for first place a bike worth 2,000 PLN (Kross Trans Pacific); for second place, bike accessories to the value of 600 PLN, and for third place, bike accessories to the value of 400 PLN. The prizes were presented by Vice-Rector for Student Affairs, Prof. Arnold Kłonczyński during the Gdańsk Bike Picnic which took place on 10 June 2017.

The most active cities in the City Leaderboard (number of kilometres per 1,000 residents):

European Cycling Challenge is a European city cycling challenge, initiated by the city of Bologna in 2012 and traditionally held in the month of May. The competition is open to all residents of the participating cities or those who commute to those cities to work/school/university etc. The journeys which count are those in which a bicycle can be a substitute for another means of transport (e.g. a car or a motorbike) while getting to and from school/work/cinema/shop etc. More information available at: http://www.cyclingchallenge.eu/pl. 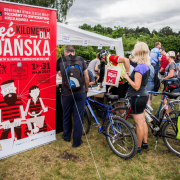 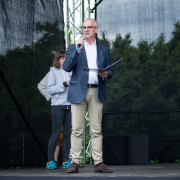 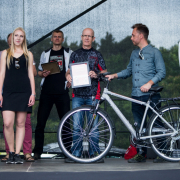 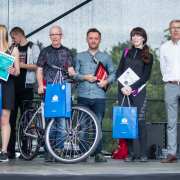 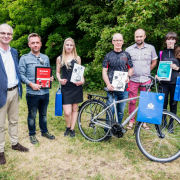 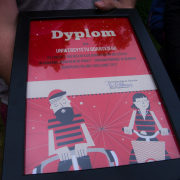 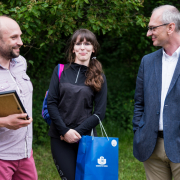