On 15.09-16.09.2017, an international conference of the 3rd Meeting of the Polish Iron Club was organized under the auspices of the rectors of three Gdańsk universities: Medical University of Gdańsk, University of Gdańsk and Gdańsk University of Physical Education and Sport. The proceedings took place in the hospitable walls of the Faculty of Social Sciences UG. Works of the Scientific and Organizational Committee were led by prof. Paweł Lipiński from the Institute of Genetics and Experimental Animal Breeding of the Polish Academy of Sciences and scientists from Gdańsk: prof. Jędrzej Antosiewicz and Katarzyna Sikorska Ph.D., M.D. The conference was supported by prof. UG Dariusz Konrad Sikorski from the Journalism and Social Communication of the WNS.

The conference was opened by the Vice-Rector of the UG. Krzysztof Bielawski and prof. Paweł Lipiński. Fantastic lectures were delivered by world-famous scientists engaged in the work of iron biology including the secretary of the European Iron Club prof. Alexander Drakesmith of the University of Oxford, Prof. Martina Muckenthaler from the University of Heidelberg and Sophie Vaulont from the Cochin Institute, Inserm in Paris. The conference was interdisciplinary, and the presentations of the results of the original experimental and clinical trials were accompanied by a lively debate inspiring to further research and closer inter-center co-operation. 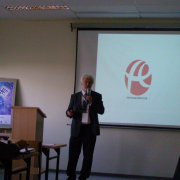 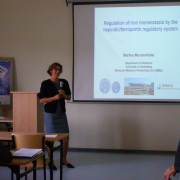 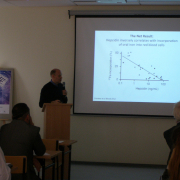 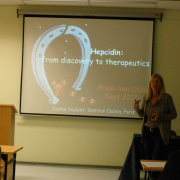