The 2016/2017 season of the Polish Academic Championships has come to an end. The University of Gdańsk Academic Sports Association (AZS UG) has defended third place amongst Polish universities. Placing in the general ranking in the Polish Academic Championships was decided on the basis of the 35 best results (points) scored by sportsmen and women in the disciplines in which a given university had been classified. In the general classification of all universities the University of Gdańsk took a high eleventh place, only 3.5 points short of tenth place.

“I consider third place for the University of Gdańsk in the general university ranking a success. We experienced a ‘change of guard’ in many disciplines, with seasoned sportsmen and women being replaced by younger ones who were just honing their skills at the Polish Academic Championships, which will most certainly pay off in the long run. Such is the nature of academic sport, it is sometimes sad that experienced sportspeople finish their studies and cannot represent us anymore. But they now face new challenges in their lives and I would like to thank all those who have made their contribution towards a respectable third place in Poland – all the sportsmen and sportswomen representing the AZS UG, their coaches, university authorities and sponsors”, said Piotr Walczak, Chairman of the AZS UG.

“Our defence of third place on the podium in the ranking of universities can be credited to the longstanding and very good cooperation between the AZS and the Physical Education and Sports Centre. We are extremely delighted that the university authorities recognise this symbiosis and support our students’ passion for sport. We know that well-organised sports sections are one of the strong points which draw subsequent secondary school graduates to join the UG student community. The final success is the result of the work of over 20 coaches and several hundred students, and it is to them that I extend my greatest words of praise”, added Tomasz Aftański, Vice-Director for Sport of the Physical Education and Sports Centre. 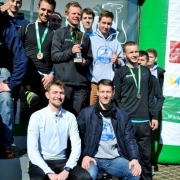 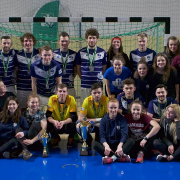 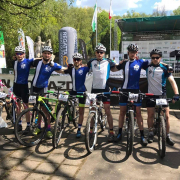 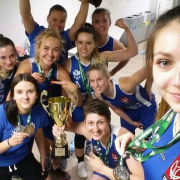 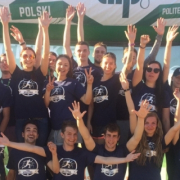 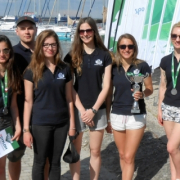 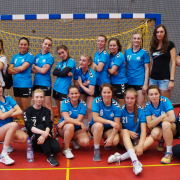