Second Nordic Focus Festival behind us

The second edition of the festival of Nordic culture, the Nordic Focus Festival, organised by the Academic Culture Centre “Alternator” and the Institute of Scandinavian Studies, was held between 23 and 25 November 2017 at the University of Gdańsk. During the three days we had the chance to acquaint ourselves more with the culture of Nordic countries ─ Denmark, Finland, Iceland, Norway and Sweden.

The festival was officially opened by the Vice-Rector for Education Dr hab., Prof. UG Anna Machnikowska, who greeted the festival guests and audience.

The Nordic Focus Festival included discussion panels, travel presentations, meetings with authors and film screenings, all sharing a Nordic theme. Over 25 events were held, attracting over one thousand participants.

The events organised drew in enthusiasts of cinema, literature and travel. Apart from meetings with authors and travel presentations, a total of seven film screenings was held, greatly enriching the festival’s programme with their diversity.

The discussion of the phenomenon of the Norwegian series SKAM drew in enthusiastic young people, who were eager to talk, being as they were in many cases the same age as the series’ main characters. Dr Maja Chacińska and Dr Karolina Drozdowska spoke openly to festival participants about SKAM’s naturalistic portrayal of the subject of being a teenager and the way in which the actors create their characters by transferring their personal experiences to the roles they play.

The second day of the festival focused on the Danish guests Lisbeth Nebelong and Daniel Dencik. Nebelong’s presentation about the Faroe Islands, full-blown characters of the trilogy Færø Blues, as yet untranslated into Polish, made a remarkable impression on the fans of Nordic culture.

The meeting with the writer and director Daniel Dencik was an occasion to talk about the work of a ‘story teller’. The Danish artist spoke about how he tries to tell the truth about his characters with the aid of words and images. Daniel Dencik’s film The Expedition to the End of the World officially opened the second edition of the festival, and the audience also had a chance to see the artist’s previous film Moon Rider.

The last day was dominated by presentations and talks connected with travel, which provided excellent inspiration for those planning trips in the future. Dr Mateusz Ciechanowski and Zuzanna Wikar told us about Europe’s last wild spot while Michał Makowski took us to Lapland with his talk about a Lap village Kalevala being created just outside Karpacz. Emilia Długa ─ Globfoterka shared the story of her Lap adventures and the dancing northern lights.

True and false stereotypes about Swedes were discussed by Natalia Kołaczek, author of Szwecjoblog and the I cóż, że o Szwecji.

The meeting with Piotr Mikołajczak focused on debunking the Icelandic myth. Although still beautiful, Iceland is not as pristine as in the past. It has recently become one of the main tourist destinations and the fashion for Iceland has resulted in changes to Icelandic society, a phenomenon described by Berenika Lenard and Piotr Mikołajczak in their book Szepty kamieni. Historie z opuszczonej Islandii.

Festival participants could also test their skills during language workshops. The basics of Nordic languages were presented on the last day of the festival during classes organised by language schools Trolltunga, with workshops in Norwegian, led by Magdalena Szczepańska, and Suomika, the school of Finnish, with a course taught by Monika Kociuba.

The new accent of this year’s edition of the festival was provided by the Department of Ethnography of the National Museum in Gdańsk and aimed at families with children, who could see a Viking village and watch a re-enacted fight by the Nordelag Group, presenting the colourful life of the tribes inhabiting the Baltic coast in the 10th and the first half of the 11th century.

Five exhibitions were also staged during the festival - two on the subject of Finland, one marking the centenary of Finnish independence (Itsenäisyyspäivä) and the other about Finland as seen through the lens of University of Gdańsk lecturers and students. The main foyer of the Neophilology building housed two photo exhibitions by Patrycja Makowska, entitled Dziewięć Światów (Nine worlds) with aerial photos taken in the south of Iceland, and Greenland by Carsten Egevang, which depicted the everyday life of the Innuit against a backdrop of unforgiving nature. The Faculty of Languages staged an exhibition about Danish architecture, entitled Architecture with People presenting the best Danish architecture projects of recent years, created with great concern for the environment and the well-being of residents.

The originator and coordinator of the Nordic Focus Festival is Tomasz Pupacz, Vice-Head of the UG’s Academic Culture Centre “Alternator”.

Another trip into things Nordic will be organised next year.

Special thanks to the Honorary Patrons:

The project was implemented by the UG’s Academic Culture Centre “Alternator” as part of its statutory activity. 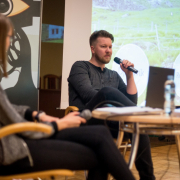 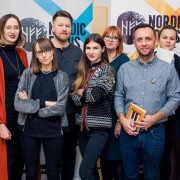 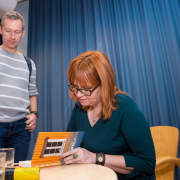 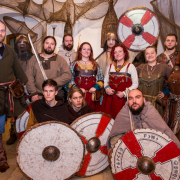 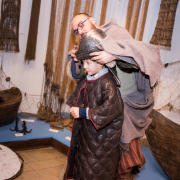 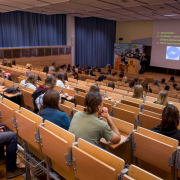 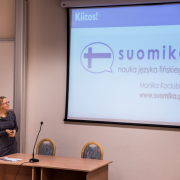 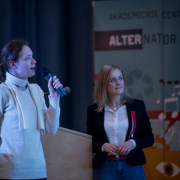 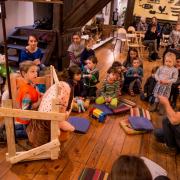 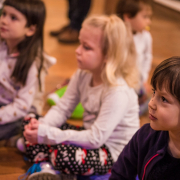 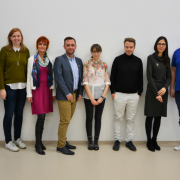 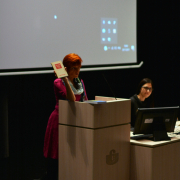 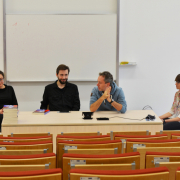 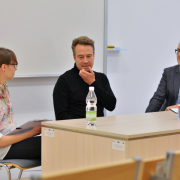 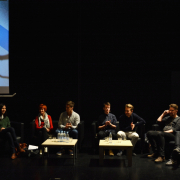 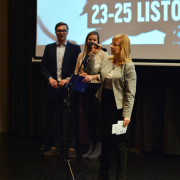 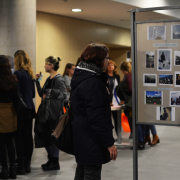 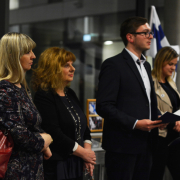