For as long as I remember, the main source of motivation for the research I conduct has been sheer cognitive curiosity and in chemoinformatics, the area in which I work, the number of questions which still require an answer.

What does the development of so-called chemoinformatic methods mean and what does it involve?

According to their original purpose, chemoinformatic methods are used in the process of computer-assisted identification and optimisation of the structures of new lead compounds and in the selection of those most active as potential drug candidates. However, these modern methods are being more and more widely applied in the process of computer-assisted design of new chemical compounds, safe for humans and the natural environment, thus allowing us to choose the most promising candidates from the virtual library of millions combinatorially generated compounds. The possibility of discovering the activity and properties of the newly designed compounds a long way away from their actual synthesis allows us not only to limit the time and cost of the research but, which is equally important, to reduce the number of animals used in laboratory testing. It is also important to bear in mind that chemoinformatic methods are among the gold standards as regards the safety assessment of both newly designed as well as the existing chemical compounds. This is of particular importance given the steady rise over the recent years in the number of chemical compounds which may pose a serious threat to human health.

Why chemoinformatics? Was this area close to your heart from the beginning?

Chemoinformatics is a relatively new branch of science which borders informatics, mathematics, chemistry, theoretical physics and chemometrics. Even its interdisciplinary nature itself makes it an extremely interesting and inspiring area of study. And if to this scientific curiosity you add the additional benefits of applying chemoinformatic methods and their future potential, then this choice seemed quite obvious to me. It should be stressed that the development of chemoniformatic tools is the main study area of the research group headed by Dr hab. Tomasz Puzyn, associate professor, in which I have had the pleasure of working for nearly 10 years.

What are your most immediate career plans? Will the habilitation scholarship received as part of the “L’Oréal-UNESCO For Women in Science” have an influence on the course of your research work?

For as long as I remember, the main source of motivation for the research I conduct has been sheer cognitive curiosity and in chemoinformatics, the area in which I work, the number of questions which require an answer is still very large. That is why my most immediate career plans focus on the development of chemoniformatic methods to assist the virtualisation of the process of designing new and safe chemical compounds of required physicochemical properties. Although the distinction I received does not have a direct influence on the course of my current research, it has certainly reinforced my belief in the right choice of science as a life passion and a path towards a professional career and development.

I have read that, apart from scientific work, you also have other interests such as running, photography and literature. Could you tell me how you manage to combine your professional and your private lives?

Running marathons and ultramarathons has taught me to organise my time better, to be more systematic and disciplined but also helped me understand that, although following your own passion may at times be difficult and require many sacrifices, it is nevertheless not impossible and giving it up would be a waste. Keeping a balance between your professional and private life may also be difficult, especially when the border between work and duty and passion and pleasure is rather blurred. It becomes much easier, however, thanks to the understanding and support of those closest to me, which I can always count on.

What does a scientist do in a moment of doubt? Have you ever had moments when something did not work, for example, when you have failed and wanted to leave it all?

What does a scientist do in a moment of doubt? Goes for a run … (laughter). But seriously, of course, in my present work I have often experienced failure, moments of doubt or dilemmas. And, although this may sound rather subversive, in my opinion it is failure, alongside passion and determination, which is an integral part of scientific work. Setbacks and the awareness of one’s ignorance not only teach you humility but, which is equally important, may become catalysts for creative action.

I don’t think there exists a universal combination of features which could predispose women to becoming scientists. Being a scientist is a way of life in which, irrespective of one’s gender, childlike curiosity about the world is accompanied by the perpetual desire to explore, discover, create and learn. Being a scientist is also the ability to derive pleasure from the continuous pushing of the boundaries of cognition, and searching for answers to mind-boggling questions, especially that each answer leads to further questions and each discovery opens up a new horizon and poses further challenges. That is why scientific work requires determination, perseverance, patience, hard work, luck and probably many other features which, all added up in different proportions, give you the full satisfaction of being a scientist.

Is it harder for a woman than for a man to pursue a scientific career?

There have been numerous examples of exceptional, ambitious and talented women scientists who have made history with their inventions or ground-breaking discoveries. Take, for example, Marie Skłodowska Curie (precursor of radiochemistry, co-creator of the science of radioactivity, discoverer of radium and polonium), Mary Cartwright (author of chaos theory), Jane Wright (pioneer in chemotherapy), Rosalyn Yalow (the “mother of radioimmunology”, a method for determining the levels of e.g. tumour markers), Francoise Barre-Sinoussi (precursor of ground-breaking research into the HIV virus, who proved that it is this virus which causes AIDS), Viriginia Apgar (inventor of the test, still in use today, to assess the health of newborn children), Emilie du Chatelet (who predicted the phenomenon of infrared radiation and the nature of light and found the equation for kinetic energy) and many, many more. The biographies of these women are perhaps the best answer to your question. 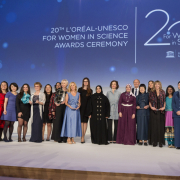 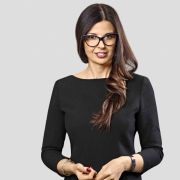