Home » University » News » New spot for relaxation, learning and nature conservation on the map of Gdańsk: the ceremonial opening of the University of Gdańsk’s EcoPark

New spot for relaxation, learning and nature conservation on the map of Gdańsk: the ceremonial opening of the University of Gdańsk’s EcoPark

Unique plants and a site connected with relaxation, with the conservation of endangered species and with learning – all this adds up to the exceptional quality of the University of Gdańsk’s EcoPark which will serve not only university students and employees but also residents of the Tri-City. The opening ceremony of the Maciej Płażyński University of Gdańsk EcoPark was attended by invited guests and pupils of Tri-City schools. “I am extremely proud that in the UG’s Baltic Campus we have managed to create a new, ecological place, open to the entire local community”, stressed the Rector of the University of Gdańsk, Prof. Jerzy Gwizdała, during the ceremony.

The UG EcoPark’s opening ceremony was attended by invited guests, the academic community and pupils of Tri-City schools.

Krzysztof Trawicki, Vice-Marshal of the Pomeranian Voivodeship, Teresa Jakubowska, Vice-Chair of the Regional Fund for Environmental Protection and Water Management in Gdańsk and Prof. Jerzy Gwizdała, Rector of the University of Gdańsk, all emphasised the uniqueness of the UG EcoPark.

“The UG EcoPark is an exceptional place, with unique ecological qualities, and at the same time a place for relaxation and learning. I am extremely proud that in the UG’s Baltic Campus we have managed to create a new, ecological location, open to the entire Tri-City community. It was made possible thanks to the involvement and support of many people and funding from the Regional Operational Programme for the Pomeranian Voivodeship for 2014-2020 and the Regional Fund for Environmental Protection and Water Management”, underlined Prof. Jerzy Gwizdała, Rector of the University of Gdańsk

The ceremony was open to all and included the cutting of the ribbon, ecological workshops for school pupils and ecological presentations and meetings prepared by University of Gdańsk scientific circles. There were stalls where herbs were sold and beach chairs for those who wished to take some rest, which proved to be favourite resting spots also for students taking a break from classes. The Dean of the Faculty of Biology, Prof. Włodzimierz Meissner, delivered a lecture entitled “Parks – oases of biodiversity in cities”. The invited guests and Tri-City pupils took a walk around the EcoPark accompanied by guides from the Faculty of Biology – Dr Katarzyna Żółkoś and Dr Agnieszka Ożarowska.

The Maciej Płażyński University of Gdańsk EcoPark is an exceptional place and the only such project in the region which combines educational, scientific and recreational functions. It occupies an area between the Faculties of Biology, Chemistry and Mathematics, Physics and Informatics at the Baltic Campus of the University of Gdańsk. The area, which protects and promotes biodiversity while serving educational, scientific and recreational functions, will be open to the entire local community. It is here that scientific research into particularly vulnerable species and practical classes for the students of the Faculties of Biology and Chemistry will be conducted. The park will also enhance the ecological merits of Gdańsk by increasing access to green areas which have been appropriately adapted to serve as relaxation spots for UG students as well as Tri-City residents.

The park was created as part of the project entitled “The creation of the University of Gdańsk EcoPark – protection of endangered species and promotion of biodiversity through the revival of former allotment grounds in the City of Gdańsk area”. The University received funding from the Regional Operational Programme for the Pomeranian Voivodeship for 2014-2020 and from the Regional Fund for Environmental Protection and Water Management. The entire cost of the project amounted to approximately 3 million PLN, with over 2 million PLN received as funding from European funds. The project was implemented in partnership with the Regional Fund for Environmental Protection and Water Management which provided funding worth over 650,000 PLN.

The EcoPark comprises a unique selection of rare and endangered indigenous species from the Pomeranian region (including checker tree, shrubby birch, dwarf birch, perennials ─ sundews or spear grasses). It will serve an educational function aimed at individuals as well as organised groups. The plants have been categorised by habitat, floristic curiosity or decorative value.

The spatial arrangement of the EcoPark’s green areas has been divided into low vegetation (e.g. decorative grasses: heather and plants of the genus Erica and flowers: crocuses, anemones or snowdrops); trees (e.g. silver birch, common oak, rowan and decorative trees – e.g. blue spruce, horse chestnut, gingko) and shrubs (e.g. common hazel, hawthorn, buckthorn and decorative shrubs – e.g. elderberry, species of quince or junipers). Educational paths have been created, one for inanimate nature (glacial erratics) and two for animate nature (presenting native flora and sample types of ecosystems) as well as a small rock garden and two small decorative ponds, which will serve as breeding spots for local amphibians, insects and other invertebrates. The site also comprises footpaths with benches, low walls and resting spots. The area has been adapted to provide easy access (also for people with disabilities) and contains a hydration system. Although the park has been opened, additional and corrective work is still taking place.

The scientific research into particularly vulnerable species conducted in the park will focus on the protection of genetic diversity, for example of wetland species such as domestic species of sundews and the dwarf birch, an example of such activities being the sampling of seeds or seedlings from single plants growing in a given area or from natural monuments in order to make a copy for scientific research or for storage in collections. 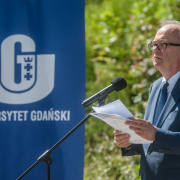 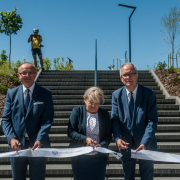 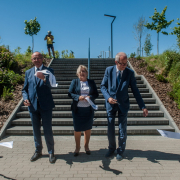 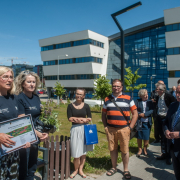 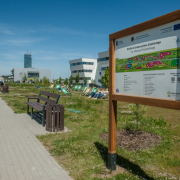 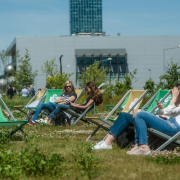 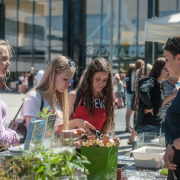 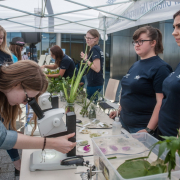 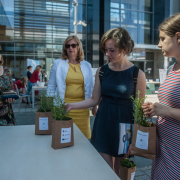 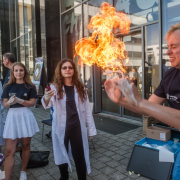 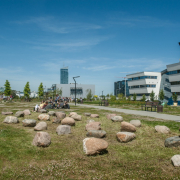 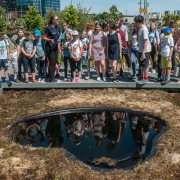 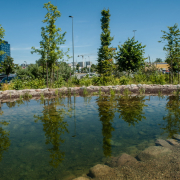 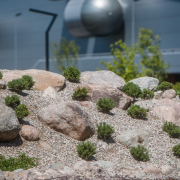 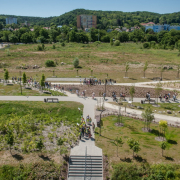 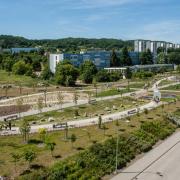 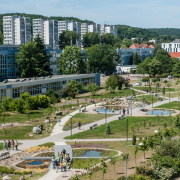