Home » University » News » Archaeological discovery at the “Pompeii of Warmia”

Archaeological discovery at the “Pompeii of Warmia”

While conducting excavations outside Barczewko, an international team of archaeologists led by Dr Arkadiusz Koperkiewicz from the University of Gdańsk, have discovered the skeleton of a person who died during a Lithuanian attack in 1354. Barczewko (located in the Warmian-Masurian Voivodeship) is referred to as the “Pompeii of Warmia” on account of the remains of the town destroyed during a Lithuanian attack having been preserved in their original state. Scientists stress that the significance of the research conducted outside Barczewko goes beyond the local history of the Warmia region as it offers an insight into the stage of town formation.

Each season brings further surprising discoveries. In many places, objects and tools buried on the day of the tragedy have survived undisturbed in their original setting, with kitchenware containing grains and mineralised organic remains. One of the most interesting finds was an enormous copper cooking pot, still stuck inside the remains of a clay stove, surrounded by utensils and metal accessories which made up the equipment of a ‘kitchen’ or a brewery. The latest discovery is that of a skeleton of a person who died in 1354 during a Lithuanian attack.

“This season we have focused on a study of the settlers’ cemetery. Given the fact that it has never been disturbed by other burials, it presents unique material for anthropological and genetic research. Questions had previously been asked as to what had happened to the residents defending their settlement and whether a common grave existed somewhere. What was preserved was the remains of the attack and defence in the form of a large number of arrow heads and bolts from crossbows but the fire-devastated cellars revealed only partially identified half-burnt remains of a child. This year we have made another macabre discovery of another victim of the tragedy. Under one of the collapsed walls, a completely preserved skeleton of an adult person was unearthed, with burns to the skull bones and left arm. The body was originally lying face down, hands on chest with a slightly raised head. Gradually, our work started to resemble a forensic investigation. What was found at the skeleton was a sample of a charred fabric and a fragment of a bronze ring on a burnt finger. This was not the end, as under the burnt skull bones we unearthed another layer of burnt bones, possibly belonging to a child. Imagination therefore suggests a gruesome story of the drama of a mother trying to protect her child in the final moments of her life. However, anthropologists will have the final word. We can expect that in the other, as yet uncovered, remains of a house we may also find discoveries of this kind.

This tragedy from the past, as in Pompeii, has become an excellent source of information for historians and archaeologists and allows us to bring back the memory of the place and the people who created this history”, explained Dr Arkadiusz Koperkiewicz.

Alt Wartenburg was the first location of the town of Barczewo (Ger. Wartenburg) outside Olsztyn. In the first quarter of the 14th century the region of central Warmia was the arena of intense settling activity of Bishop Eberhard von Neisse who issued foundation charters for, amongst others, Lidzbark Warmiński, Frombork, Pieniężno, Orneta and Dobre Miasto and initiated the establishment of “castrum” Wartenberg. The construction of the town began around 1330, with sources dating back to 1337 mentioning the parish priest Henryk and mayors Jan and Piotr. This was a time of conflict between the Teutonic Order and Lithuania. In 1354, this new settlement which had existed for less than three decades, was raided by the Lithuanian army under Princes Kęstutis and Algirdas. According to a medieval chronicle, the town was completely razed to the ground and not a single resident survived. Ten years after this event, the town of Wartenberg was constructed on the site of today’s Barczewo. The original location was never resettled, with the nearby village being referred to as Alt Wartenburg. The name of the hill “Stare Miasto” and legends connected with it have remained in local tradition until today.

Archaeological work, preceded by a series of non-invasive studies, confirmed the reliability of the medieval documents. Aerial photography and geophysical studies have revealed certain anomalies in the form of an organised spatial layout of a town, with communications routes, building alignment and a mapped out market square. Right below a layer of organic matter, there are remains of an enormous site of the fire which serves as a time capsule of sorts.

The preliminary results of work carried out in Barczewko were presented at an international symposium in autumn 2018 in Olsztyn by scientists participating in the project, as well as Polish and foreign researchers specialising in so-called lost towns. Only a few such sites can be found in Poland, including Szamotuły and Dzwonowo in the Wielkopolska region or Nieszawa near Toruń. A presentation of materials from Barczewko is being planned for next year during two large exhibitions in Malbork and Magdeburg on the subject of the Teutonic Order and the beginnings of medieval European towns. So far, a few publications on Barczewko have appeared in Polish and foreign journals. In 2019 a conference is being scheduled to sum up the results of research so far as well a joint publication. This, however, is not going to put a stop to the work, as efforts continue to obtain funds for further research. At the same time, work into preserving the vast amount of historical material, mainly metal, is continuing at the UG’s Institute of Archaeology and Ethnology.

It should also be mentioned that archaeological research inspires local communities to become active in preserving national heritage. In the case of Barczewko, the researchers are receiving support by local residents and the town authorities, as well as the land owner.

The article has been written on the basis of information obtained from the scientists involved in the research. 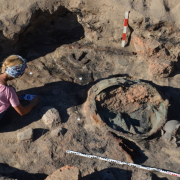 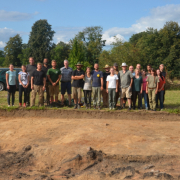 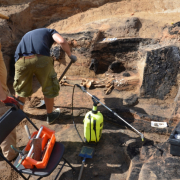 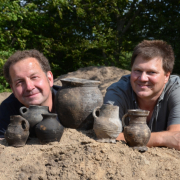 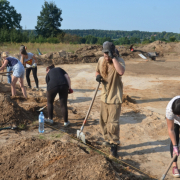 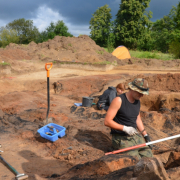 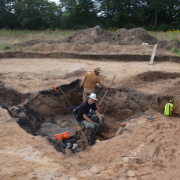 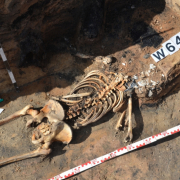 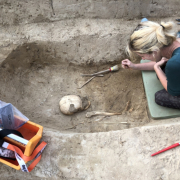