University of Gdańsk represented at Festival of Polish Culture in Kaliningrad

University of Gdańsk represented at Festival of Polish Culture in Kaliningrad

Several thousand people took part in the first Festival of Polish Culture organised at the Museum of the World Ocean in Kaliningrad. The University of Gdańsk had a presentation in Russian at what was the festival’s largest stall. University of Gdańsk lecturers also presented the university and its faculties during a meeting with Kaliningrad secondary school pupils.

The event was inaugurated by the planting of a symbolic tree of friendship in front of the museum and a parade of festival participants. The festival lasted only one day but comprised several, simultaneous programme blocks.

All through the day, the main stage hosted performances by artistic ensembles from the regions of Kashubia, Warmia and Masuria, while the universities participating in the event (alongside the UG, the Gdańsk University of Physical Education and Sport, the University of Warmia and Mazury in Olsztyn, the Academy of Tourism and Hotel Management in Gdańsk and the Gdańsk University of Technology) presented themselves at stalls, the largest of these representing the University of Gdańsk, where guests could discuss the range of options for future candidates, learn about the activity and research by the Marine Station in Hel and relax in the chill-out zone on deck chairs with the university logo.

Pupils and students enquired about specific fields of study, study or student home fees, the cost of living in Gdańsk and about the documents to be completed and the level of Polish required.

At the same time, at the main building of the Museum of the World Ocean, a Polish General Knowledge competition was held for Kaliningrad secondary school pupils, followed by a presentation of different universities. The University of Gdańsk’s comprised a main presentation (video and information in Russian presented, amongst others, by a Faculty of Biology doctoral student Daria Gorszkowa) in Russian by UG lecturers, Prof. Magdalena Jerzemowska, Dr Iwona Janicka and Dr Sławomir Antkiewicz. In the afternoon, the lecturers met with representatives of Kaliningrad’s higher education institutions.

Later in the day, participants in the Polish General Knowledge competition collected their prizes, which included a selection of University of Gdańsk gadgets, and the institutions participating in the festival were awarded certificates. Rafał Kosiba, Vice-Consul for Public and Cultural Diplomacy from the Consulate General of the Republic of Poland in Kaliningrad, took the opportunity to thank the University of Gdańsk for awarding prizes in the competition.

As a result of cooperation with Kaliningrad, established by the UG’s Promotion Office, on 30 October 2018, the University of Gdańsk will welcome the first group of around 30 secondary school pupils from Kaliningrad who will take a tour of the Baltic Campus. A wish to visit the UG was also expressed by representatives of a post-secondary school in Kaliningrad whose pupils have already visited the university on two occasions. 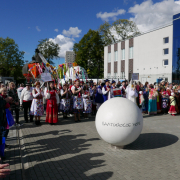 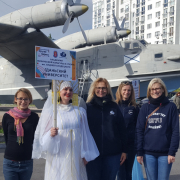 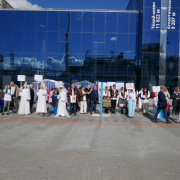 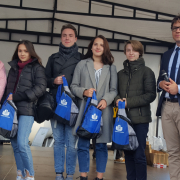 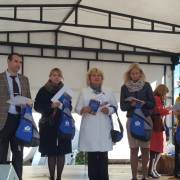 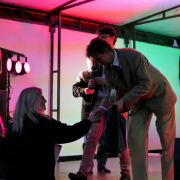 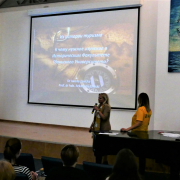 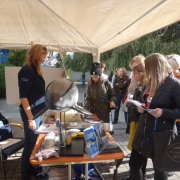 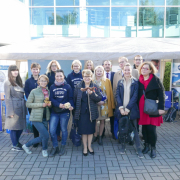 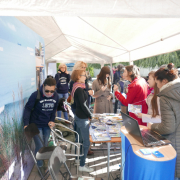 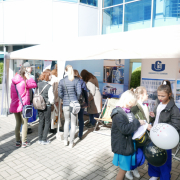 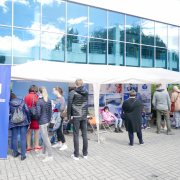