During the jubilee 75th conference of the Polish American Historical Association, Dr hab. Anna Mazurkiewicz, associate professor from the Faculty of History of the University of Gdańsk, was presented with a Haiman Award.

More information about the award and winners of previous editions may be found at: http://polishamericanstudies.org/text/29/haiman-award.html

Anna Mazurkiewicz conducts research into the history of Central-European political emigrants after the Second World War. She is author of the monograph Uchodźcy polityczni z Europy Środkowo-Wschodniej w amerykańskiej polityce zimnowojennej 1948-1954 (2016) which received favourable reviews last year from, among others, The Polish Review and Polish American Studies. She is the editor of two volumes East Central Europe in Exile: Transatlantic Migrations (vol.1) and Transatlantic Identities (vol.2), both published in the UK in 2013. In March 2019, East Central European Migrations During the Cold War, edited by Mazurkiewicz and devoted to Cold War migration, will be published by the German publishing house DeGruyter. Mazurkiewicz has also authored numerous articles on Polish political emigration in the United States. She is actively engaged in the work of organisations and scientific associations involved in the study of the history of Polish diaspora, and lectures at the UG’s Faculty of History in subjects covering the history of the USA, post-WWII world history and the history of migration. 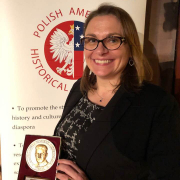 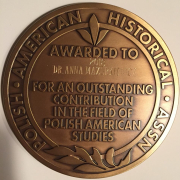 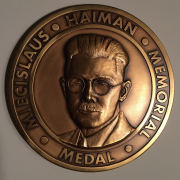