On Friday, 11 January, another group of secondary school pupils from Kaliningrad paid a visit to the University Campus in Gdańsk-Oliwa. The group, comprising nearly 30 people, visited selected places on the campus, including the Faculty of Biology with its Museum of Amber Inclusions, the Eco Park, the Mors Radio Studio and the new television studio at the Laboratory for the Simulation of Television Recordings and Film Documentation.

At the end of the visit the guests took part in a meeting with the representatives of the UG’s International Office and Admissions Office and students of the “Łomonosow” Student Circle based at the Faculty of Languages.

The meeting was a chance for Russian youth to become acquainted with the conditions of paid study at the University of Gdańsk as well as gaining information on how the citizens of the Russian Federation may study in Poland for free. The young people from Kaliningrad and their teachers asked many questions on the subject of exams, the required level of Polish and English, the student home offers and conditions of being allocated a place, as well as student life in the Tri-City. They also had the chance to talk directly to students of the UG’s Faculty of Languages.

This is already the fourth visit of youth from the Kaliningrad region to the University of Gdańsk in the past three months, the result of contact established by the UG’s Promotion Section during last year’s Festival of Polish Culture in Kaliningrad. 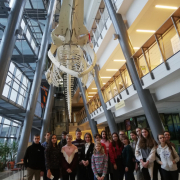 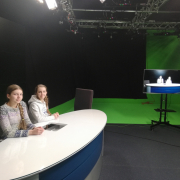 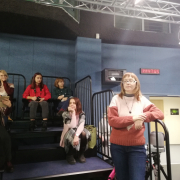 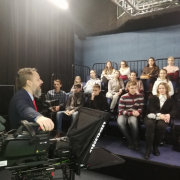 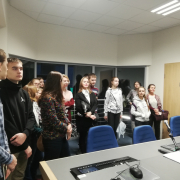 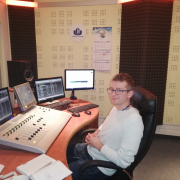 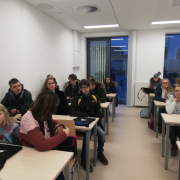