Between 10 and 13 January the Academic Choir of the University of Gdańsk took part in the 13th International Festival and Competition of Sacred Music “Silver Bells” in Daugavpils in Latvia where it performed in two categories:

- mixed choir – under the direction of Prof. Marcin Tomczak

- contemporary sacred music – under the direction of Aneta Majda

The choir was auditioned in both categories on the last day of the competition and immediately after its performance received a nomination for the Grand Prix of the Festival.

In the Grand Prix competition the UG Academic Choir performed "Ave Maris Stella" by Trond Kverno under the direction of Prof. Marcin Tomczak, with which it won the title of the best choir of the Festival, competing on a high level with choirs from Lithuania, Latvia, Russia, Belarus and Poland (the other Polish choir being the Academic Choir of the Gdańsk University of Technology).

The many hours of intensive preparations, under the supervision of Prof. Marcin Tomczak and his assistants Aneta Majda and Aleksandra Zawada, produced an excellent result. The Academic Choir of the University of Gdańsk was recognised by the Festival Jury and awarded the following highest distinctions:

– special prize for the best choir from the Latvian Culture Centre;

– prize and diploma for Aneta Majda for the most interesting choice of repertoire;

– distinction from the Centre of Polish Culture;

– GRAND PRIX of the Festival (statuette and a cash prize of 5000 EUR).

A video report from all the performances of the choir is available at their website fan page. 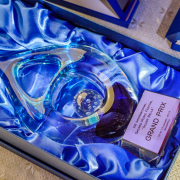 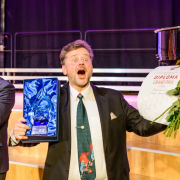 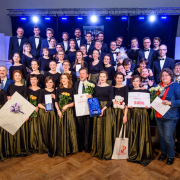 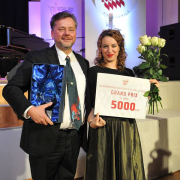 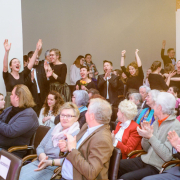