The Gold Medal application form of Professor Chwin reads: “ The humanistic thought of Professor Chwin is significant, well received, acknowledged and bears a great significance to the current Polish culture. His works also vastly influence literary studies and its recognition as a scientific field. Professor Chwin as a literature author holds a prominent place in the pantheon of Polish literature.”

The University of Gdańsk Silver Medal was awarded to Professor Regina Wyżkiewicz-Maksimow, a distinguished Slavist and researcher. Her most notable work, among many others, concerns linguistic representation of human character and identity embodied in Polish, Serbian and Croatian proverbs.

Congratulations to all the winners! 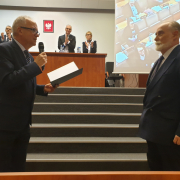 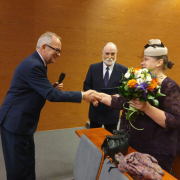 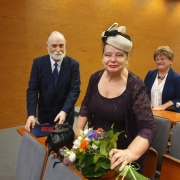 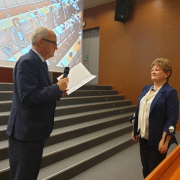 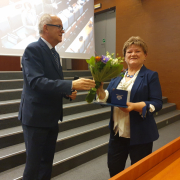