Home » University » About us » Distinguished and talented » Prof. Krzysztof Szałucki – theory and practice in one

Prof. Krzysztof Szałucki – theory and practice in one 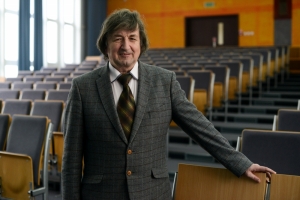 Krzysztof Szałucki – Professor of economics, doctor with habilitation, full professor of the University of Gdańsk, Head of the Department of Economics and Management of Transportation Companies at the UG’s Faculty of Economics. Studies: UG, Faculty of Transport Economics 1974; Dr – UG, Faculty of Transport Economics 1981; Dr hab – UG, Faculty of Transport Economics 1988; Professor of Economics (title) 2000; Posts held: Vice-Dean of the Faculty of Transport Economics of the University of Gdańsk 1990-1993; Vice-Dean of the Faculty of Economics of the University of Gdańsk 1993-1996; Director of the UG’s College of Economics 1993-2004; since 1993 Head of the UG’s Department of Economics and Management of Transportation Companies. Specialises in research in the field of transport economics, with special consideration for the mechanisms of effective functioning of transportation companies and for the theory of the firm, with stress on diagnosing economic processes and behaviours of economic entities in extreme and incidental conditions. Number of publications: 480; number of doctorates promoted: 12. Main subjects taught: management in motor transport, enterprise science, economics of transportation companies, financial management, theory of economic diagnosis, corporate theory and governance, analytical research in the economy. Long practical experience connected with vocational didactics (Centre for Continuing Education in Economics in Sopot – teacher 1974-1980); organising and managing transportation (public transport, motor transport, shipping – among others Vice-Director of Gdynia Urban Communication 1992-2004); economic consultancy and auditing (local self-government and units of the public-benefit sector) or research and study work (in research centres in Warsaw, Gdańsk and Gdynia). Economic consultant of managerial staff for several dozen companies and units in the public finance sector. Since 2005 Treasurer of the City of Gdynia. Member of scientific societies: the Polish Economic Society in Gdańsk, the Transport Section of the Polish Academy of Sciences in Warsaw and the Scientific Council of the National Marine Fisheries Research Institute in Gdynia. Hobbies: cosmology, the world’s contemporary ideologies, sport. 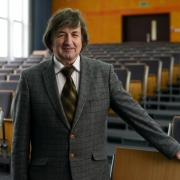