Aleksandra Dydecka – laboratory work is closer to my heart 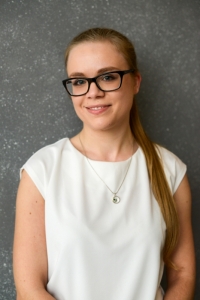 Aleksandra Dydecka – student of Doctorate Studies in Biology, Ecology and Microbiology of the University of Gdańsk. She completed her BA and MA studies at the Faculty of Biology.

She is currently working on her doctoral dissertation at the Department of Molecular Biology. Her research, conducted as part of a project financed by the National Science Centre, is aimed at identifying the genes and proteins of the phage exo-xis region which play a significant role in regulating the development of bacteriophages which are dangerous to human health and carry Shiga toxin genes. Such phages at the prophage stage are found in the genomes of enterohemorrhagic strains of Escherichia coli (EHEC). EHEC infections are closely linked to the production of Shiga toxins which follows prophage induction and finally causes the symptoms of the disease which can often lead to death. The research may prove helpful in devising an alternative therapy to hinder the development of EHEC infections. The results obtained so far have been published in seven academic articles which Ms Aleksandra Dydecka has co-authored and presented at three international conferences.

Additionally, she has been actively involved in university life. The pedagogy course which she completed has so far proved useful in conducting classes during the Baltic Festival of Science or the Night of Biologists. Ms Dydecka’s other achievements include the UG Rector’s Award in 2015 and a scholarship as part of the University of Gdańsk’s 2020 development in Europe programme (UG2020).

Aleksandra really enjoys laboratory work but in her free time she relaxes by reading books. Her passion is travelling. 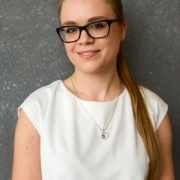 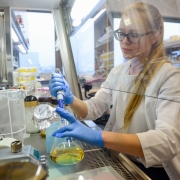 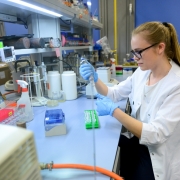 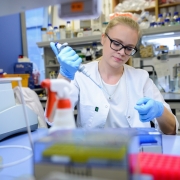 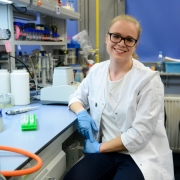 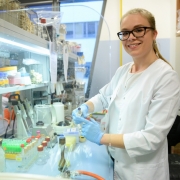 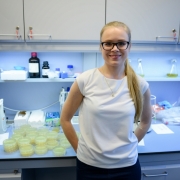