Prof. Michał Horodecki – I got my fascination with physics from the family home | University of Gdańsk | Uniwersytet Gdański
Skip to main content

Home » University » About us » Distinguished and talented » Prof. Michał Horodecki – I got my fascination with physics from the family home

Prof. Michał Horodecki – I got my fascination with physics from the family home 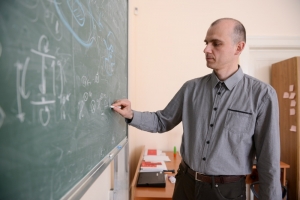 Prof. Michał Horodecki works at the Institute of Theoretical Physics and Astrophysics of the University of Gdańsk and the National Quantum Information Centre in Gdańsk. He is a member of the Gdańsk quantum information group which has made its contribution in laying of the foundations for the theory of quantum entanglement and which is involved in numerous projects in Poland and abroad (amongst others he is leader of the Gdańsk hub of the RAQUEL project as part of the EU 7th Framework Programme). In 2014 Prof. Horodecki received the National Science Centre award and a year later the Ministry of Science and Higher Education  award.  His achievement includes over 130 publications cited over 9,000 times. All his achievements have been accomplished in cooperation with various Polish and foreign scientists. He is a co-discoverer (together with Paweł and Ryszard Horodecki) of the so-called bound entanglement, a special type of quantum correlations, known as the ‘black hole’ of quantum information; and also of the general formalism for the quantum cryptography key. In cooperation with Jonathan Oppenheim and Andreas Winter he has discovered the so-called  ‘negative quantum information’, the result of which was published in Nature magazine. In cooperation with Robert Alicki and Mark Fannes he has employed the theory of open systems for research into topological quantum computers, with the work being currently considered as canonical in the field of research into thermal stability of computers based on topological error correction, which are amongst the most promising ideas for constructing a quantum computer. It was these results, together with his work concerning random quantum circuits, which formed the basis for the National Science Centre award.

Prof. Horodecki has participated in several National Science Centre grants, both as a grant holder and mentor. The Maestro grant has proved particularly successful, with Michał Horodecki in cooperation with Fernando Brandao, proving the so-called surface law for single-dimensional systems with disappearing correlations. The result was published in  Nature Physics and has resonated amongst specialists in many-body quantum theory. At present Prof. Horodecki is working, amongst others, on boosting the randomness in quantum mechanics, the idea to be used for ensuring the future security in cryptographic protocols such as bank transfers, for instance. Through his cooperation as part of a large group located at the National Quantum Information Centre, he has constructed a protocol for boosting quantum randomness which for the first time does not require an unlimited number of devices and as such has a chance of practical use. Michał Horodecki also works within the domain on the border of quantum information and the basics of thermodynamics. He received the Ministry of Science and Higher Education award for research into the latter, including the development of thermodynamics in the language of the theory of resources (paper in Nature Communications), and the aforementioned result which links disappearing correlations to surface law.

He spends his free time with his family and is learning to play the violin with his sons. He also reads and does minor DIY around the house. He has also defended his M.A. thesis in Theology. 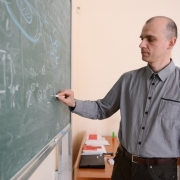 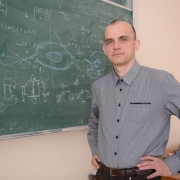 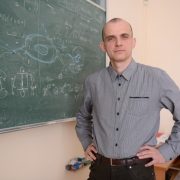 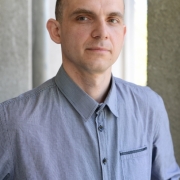 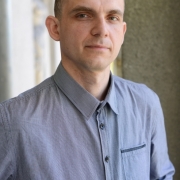 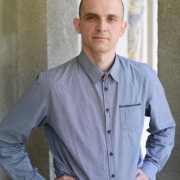 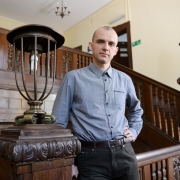 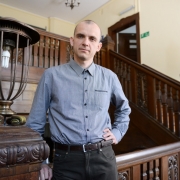