Home » University » About us » Distinguished and talented » Prof. Tomasz Szarek – I’ve met people who have inspired me

Prof. Tomasz Szarek – I’ve met people who have inspired me 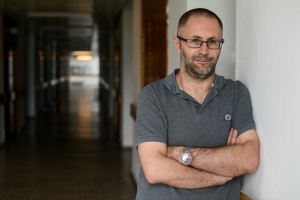 Tomasz Szarek (born 19 September 1968 in Rzeszów) – professor of Mathematics, doctor of Philosophy. In 1992 he graduated from the Silesian University of Technology in Gliwice and in 1994 from the University of Silesia in 1994 in Theoretical Mathematics. Three years later he received his PhD in Mathematical Sciences at the Institute of Mathematics of the Polish Academy of Sciences, defending the dissertation entitled “Asymptotic Stability of Markov Operators acting on Measures in Polish Spaces”, written under the supervision of Prof. Andrzej Lasota. In 1999 he graduated in Philosophy at the Pontifical Academy of Theology in Cracow (MPhil).

In 2004 he was awarded the tile of doktor habilitowany from the Jagiellonian University on the basis of his work “Invariant Measures for Nonexpansive Markov Operators on Polish Spaces”. In 2008 he was awarded the tile of Professor of Mathematical Sciences. He is concerned with the theory of stochastic processes, stochastic dynamical systems and the theory of fractals. He has been visiting professor at numerous universities abroad including the University of Chicago, the Courant Institute of Mathematical Sciences in New York, Cambridge University and the University of Toronto. He has also lived for a few years in L’Aquila in Italy where he worked at the local university.

He also focuses on philosophy and has recently published a monograph devoted to the American analytical philosopher Alvin Plantinga, entitled “Alvin Plantinga i spory o istnienie Boga” (“Alvin Plantinga and  Debates on the Existence of God”, Wydawnictwo Marek Derewiecki, Kęty 2015).

His greatest success is his family ─ a wife and two children. He likes long walks, literature, conversations with his daughter about the books they’ve read and Italian cuisine (wine included). He runs. He doesn’t watch television or read newspapers and tries to avoid the Internet. He is an absolute ignoramus when it comes to modern technology, and requires his daughter’s help to operate the more complicated devices. He is interested in the Jewish Kabbalah, process philosophy and Christian mysticism. 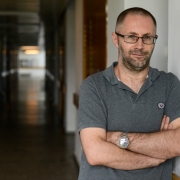 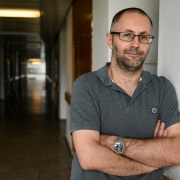 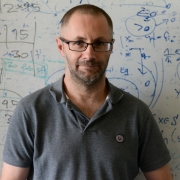 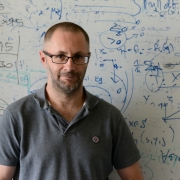 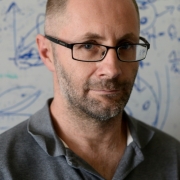 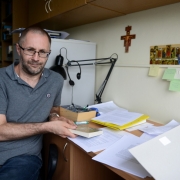 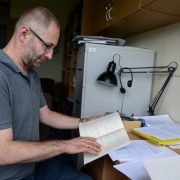