Home » Incoming students » Why Study@UG » About region » Quality of Life

A High Quality of Life – A High Level of Satisfaction among People Who Live Here:

Pomeranian cities have leading positions in ranking tables when it comes to being good places to live in Poland. The people who live in Pomerania count among the most satisfied in Poland as regards where they live (Gdynia has fiest place, and gdańsk has third place) (from “Diagnoza społeczna 2013”). More and more Pomeranians say that they live well here (54% in 2013 compared with 39% in 2012), and 40% cannot imagine living anywhere else apart from Pomerania (“Portret Pmorzan 2013,” PBS).

Attractive conditions mean that people from other regions of Poland, including students, are happy to move to Pomerania. The Three Cities and its surroundings are seen as being attractive places to live and work because of their exceptional geographic setting, close to beaches, forests, and lakes, with a wide variety of recreational, cultural, and sporting opportunities, efficient health care services, accessible and well-developed public transport, a wide variety of housing and accommodation, lots of hotels, and dynamically developing retail opportunities in the area’s many malls and shopping centers. The Three Cities area is also a well-functioning center for business with a diversified range of job opportunities for future graduates.

The Pomeranian Voivodeship stands out from the rest of Poland by having a high percentage of its inhabitants at a productive or pre-productive age. According to the prognoses of the Institute for Market Research (IBnGR), the number of the population at productive age is decreasing more slowly here than is the average in Poland as a whole. In 2010, 2011, and 2013, the highest natural population growth in Poland was recorded here in Pomerania. In 2012, Pomerania took second place (GUS “Rocznik Demograficzny”).

The Three Cities area remains a relatively inexpensive place to live in comparison to other large Polish cities, for example, Warsaw. Accommodation costs, the prices of everyday items, the large number of food outlets at every level, and entertainment costs are at an accessible lvel and make this region a very attractive place to live. 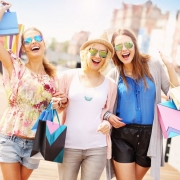 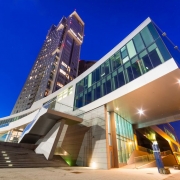