One of the region’s strong points from the point of view of its economic potential is its advantageous geographic position, which immediately shapes its transport possibilities. Major European transit routes intersect in the region, which means that Pomerania is an important logistics-transport hub in Poland.  The Pomeranian Voivodeship is classed as a so-called “gateway region,” playing a vital role in the development of a Baltic-Adriatic transport corridor that serves world and European shipping lines, and which will one day form a sea-to-sea highway, via the ports of Gdynia and Gdańsk. These two ports are the largest of their kind in the southern Baltic area, and are of key importance in the Polish national economy.

The A1 Highway begins in Pomerania. It constitutes the backbone of transit from north to south in Poland. Through the Lech Wałęsa International Airport, situated on the edge of the Three Cities conglomeration, Pomerania also has excellent air links with the rest of the world.

Pomerania is placed in the top five areas in Poland in terms of the size and strength of its economy (it takes fifth place in terms of its GDP per head).  The strong point of the Pomeranian economy is its diversification and base in various sectors of the market, such as: the maritime economy, processing, farming, tourism, forestry, specialized services  with an impact beyond the region (science, education, culture, health care), supra-regional infrastructure (sea, air, and road transport). The strongly diversified nature of the region’s economic structure means that it is attractive to a wide range of investments. The Pomeranian Voivodeship comes seventh in Poland in terms of its attractiveness to investors, and it shows continued and steady growth. Sixty-two per cent of its inhabitants think it is attractive to foreign investors (“Portret Pomorza 2013,” PBS). Pomerania takes first place in the country for its pro-investment policies.

From the perspective of the region’s long-term economic development, with the aim of ensuring the competitive advantage of the Pomeranian Voivodeship’s economy, its authorities have identified the need to concentrate on areas of intelligent specialization such as off-shore and port-logistics technologies, interactive transport technologies, eco-efficient production technologies, the transmission, distribution, and consumption of energy and fuel, and medical technology.

Pomerania has attracted a large number of well-known and important investors, who wish to develop their businesses here. The greatest concentration of economic activity is centered on the Three Cities conglomeration (Gdańsk, Gdynia, and Sopot, with neighboring local districts). About 1.25 million people live there. In terms of GDP, Pomerania takes seventh place in Poland, but fifth place when it comes to the number of people employed in advanced technology. This means that it’s a good place to think about living in in the future.

Every year new office and laboratory space is opened in Pomerania.  Major Pomeranian scientific research centers are at present being set up in Gdańsk, Gdynia, Kwidzyn, Słupsk, and Cierznie. Both Polish and foreign investors have an opportunity to set up businesses in them. 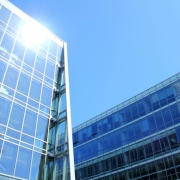 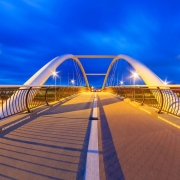 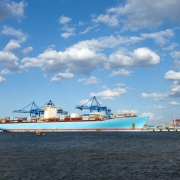