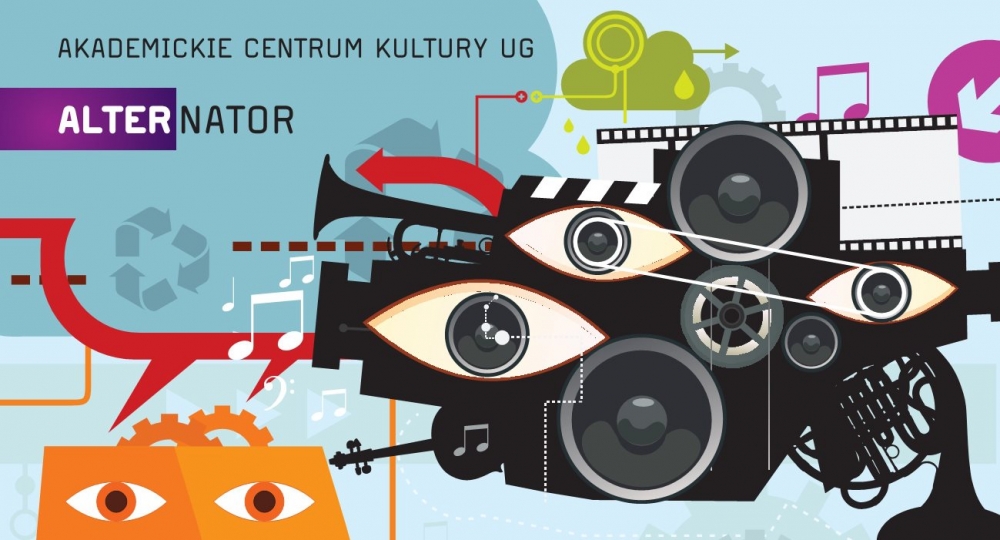 The University of Gdańsk Academic Cultural Center “Alternator” was established in 1981. We are active in stimulating the University’s cultural life and supporting cultural projects that come from the academic community. One of ourcentral aims is to help to build a community at the University that is receptive to the arts and to offer students a chance to spend their time in a creative fashion.

Many creative groups find a home within “Alternator,” and out of their work comes a whole range of different cultural events – festivals, film shows, plays, dance events, discussion sessions, and concerts. Because we’re aware that culture never stays still, we leave the implementation of projects to the students themselves. It’s they who make “Alternator” what it is.

Cultural life thrives thanks mostly to the dedication of groups like the University of Gdańsk’s Academic Choir, the “Miłość Blondynki” (The Love of the Blonde) Film Club, the UG Cultural Collective, and the UG Song and Dance Ensemble “Jantar.” Stage and dance events also come from: the Tacka student theater, the Theater of Improvisation, the “Agadir” Belly-Dancing Group, the Celtic Dance Group “Animus Saltandi,” and the “Trebraruna” Scottish and Irish Dance Troupe. Photography is represented by the UG Student Photographic Agency. In addition, “Alternator” publishes books, cds, and scholarly/scientific journals.

Regular events in our calendar include: the “Made in Asia” festival, the “Menażki-Sudeckie” Travel Prizes, film shows linked with meetings with film-makers, the “Kinomobilizacja” festival of outdoor films, the “Etnowiosnowisko” spring music festival, the “Muzyczne Ugięcie” music group event, and the Alternator Theater.

THE UG AKADEMIA LABORATORY OF SONG