Poland is a very varied country. In the north, there are attractive seaside resorts. The Blatic beaches are thought to some of the most unique beaches in Europe because of they are wide and sandy. Poland is also rich in forests (the Białowieska Puszcza is the last are of primeval forest left in Europe), lakes, valleys, picturesque hills and mountains  with their tourist trails and ski slopes. You can admire nature in Poland in as many as 23 National Parks and 122 Landscape Parks, and also catch a glimpse of wild animals such as bison, brown bears, wolves, lynx, wildcat, and mouflon, which are present in Poland in numbers that are unique for Europe.

The last quarter of a century has been a period of unusually dynamic social, political, and economic change. Thanks to the efforts of its inhabitants and the support of the European Union, Poland is now seen as one of the more important countries in Europe, a position it has had several times in the past.

10 things you should know about Poland

5 main reasons to study in Poland

25 things to do in Poland 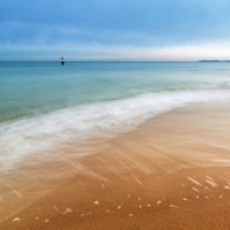